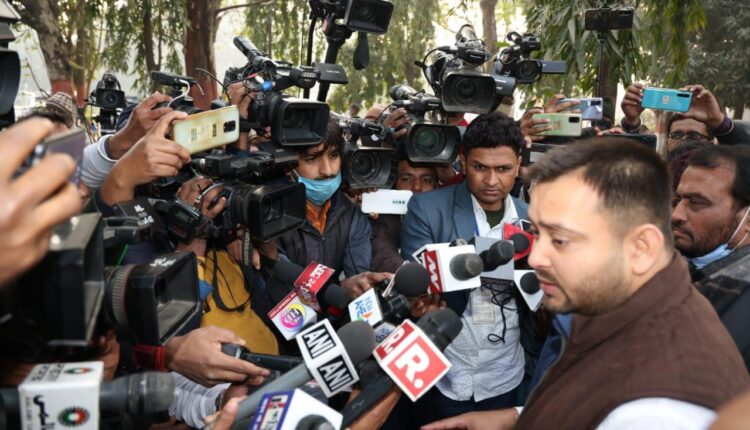 He said the present ‘incompetent’ government had no right to continue in power since it was “involved in unconstitutional act of shielding the criminals”. 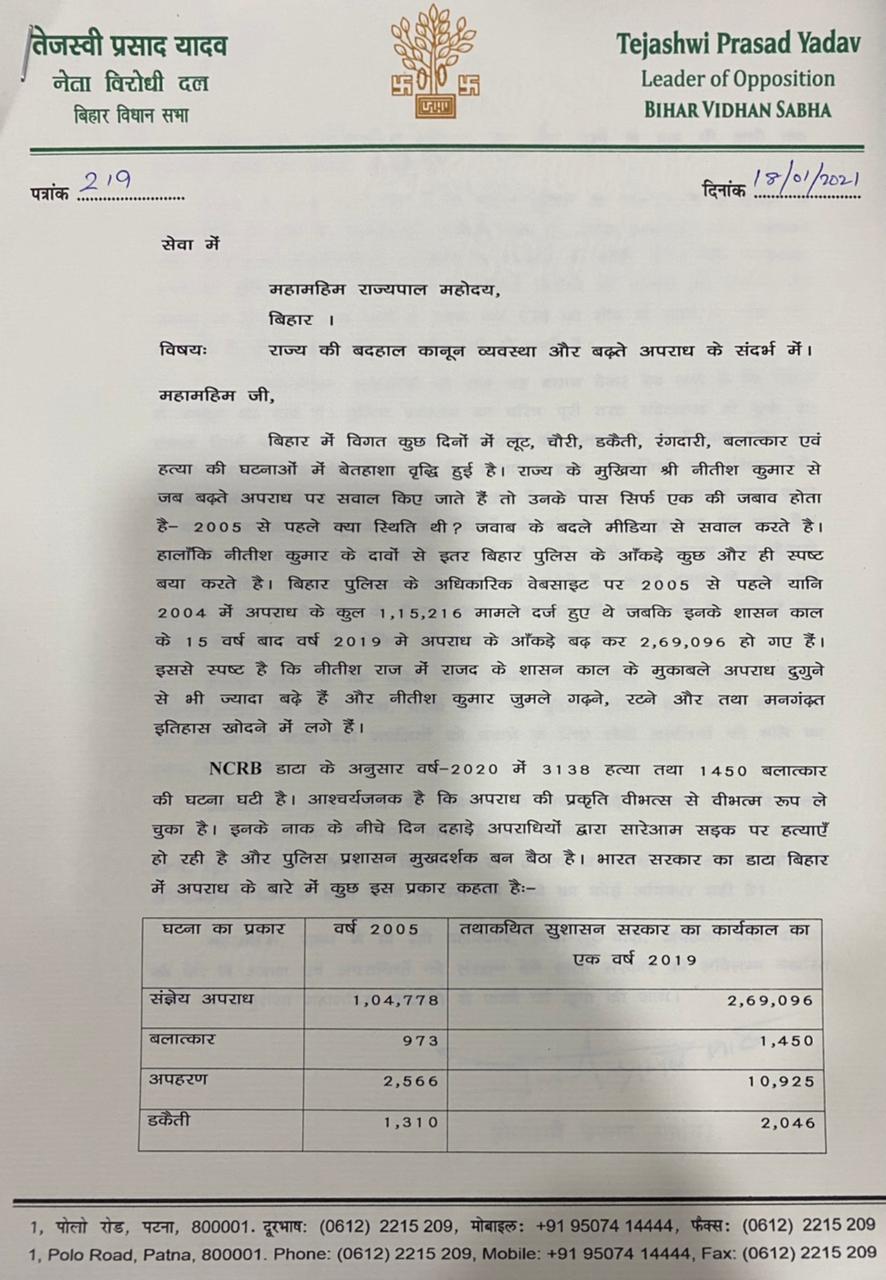 Stating that the state administration has got completely exposed, Tejashwi alleged instead of checking crime it had been implicating the innocents in fake cases and covering up the criminals incidents.

Drawing a comparison between the previous RJD regime and the present government Tejashwi said in 2004 a total of only 1,15,216 cognizable offences were reported in Bihar while in 2019, their number has gone up to 2,69,096. The NDA govt came to power in 2005.

The National Crime Record Bureau (NCRB) data too, he added,  says a total of 3138 incidents of murder and 1450 incidents of rape took place.

“What is horrible nature of crime is taking uglier shape,” Tejashwi said. 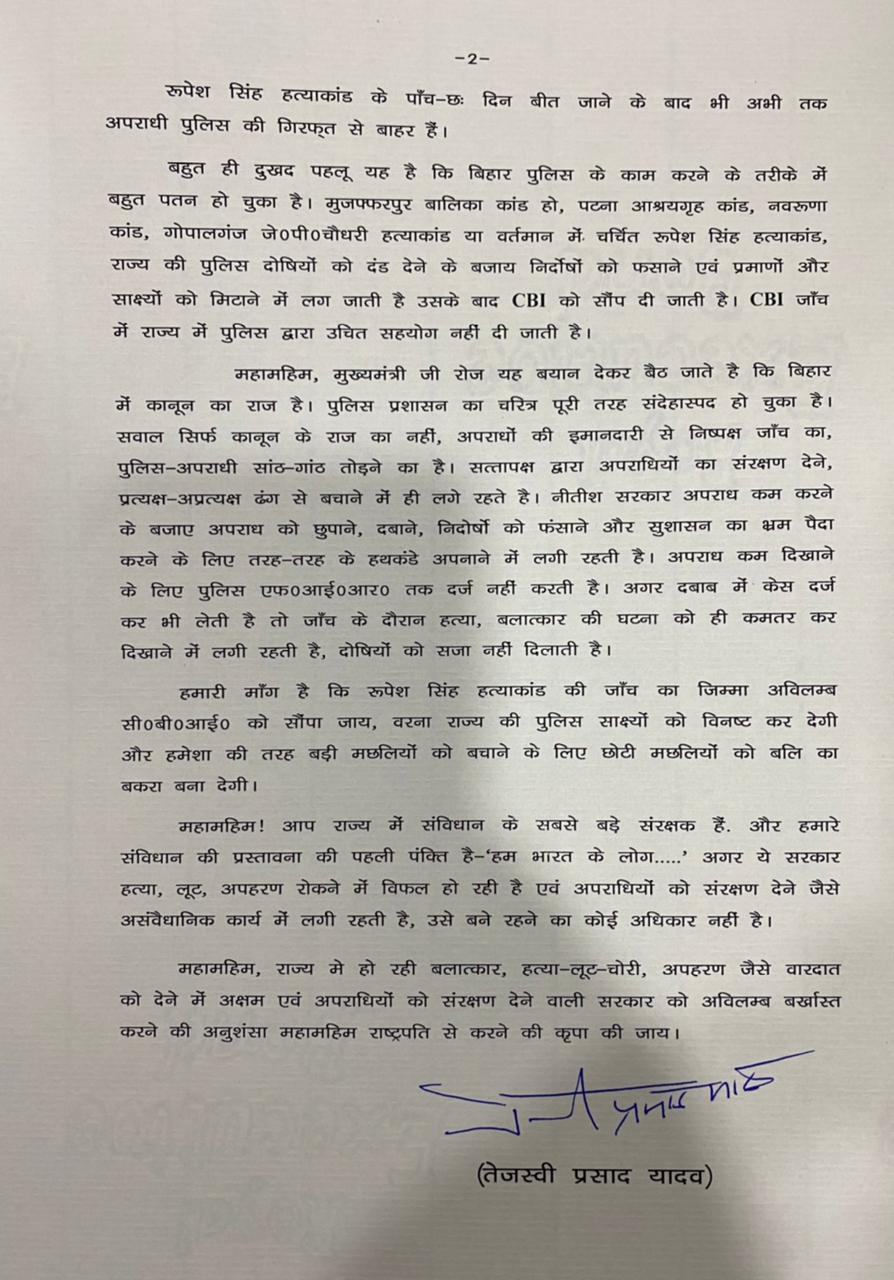