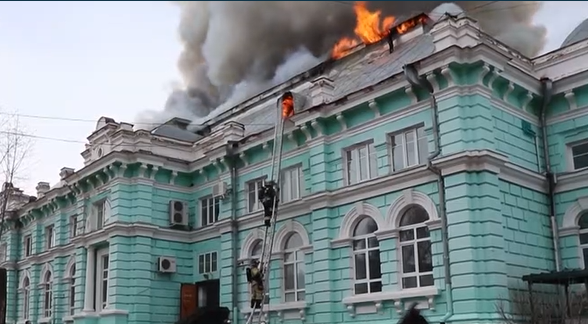 A team of doctors successfully completed open heart surgery inside a Russian hospital while it went up in flames on Friday, earning wide laurels from various quarters.

Witnesses said the doctors remained busy completing the heart surgery of a patient inside in the hospital with wooden roof as the firefighters battled hard dousing the flames from outside.

TV grabs showed the firefights rushing to the top of the building with the help of a ladder and trying hard to douse to douse the raging flames.

The surgery was conducted by a team of eight doctors on the ground floor.

“We had to save this person and we did everything,” head of the cardio surgery unit Valentin Filatov was quoted as saying by news agency AFP.

As per media reports, some 60 patients who got stuck inside the hospital were successfully evacuated.