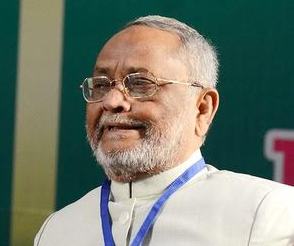 Taslimuddin who represents Araria seat in Lok Sabha has been asked to reply within seven days.

In the notice issued by party’s national general secretary Kamare Alam, Taslimuddin has been accused of speaking the tone of BJP and RSS, and damaging the party’s secular image.

“He is senior to me both in age and experience. He should not make such statements,” Bihar’s deputy chief minister Tejashwi Prasad Yadav told the media today.

Yesterday, Taslimuddin  had asked the party leadership to break alliance with the JD-U saying the latter has miserably failed to contain crime in Bihar.

“He (Nitish Kumar) has miserably failed to contain crime in the sate but roaming across the country nursing the big dream to become the Prime Minister. He is not even fit to be a Mukhia (village head),” Taslimuddin told the media on Saturday, advising the chief minister to set things right in his own state.

He threatened to launch agitation against the present regime if it failed to improve law and order situation in the state.

“In my opinion, there is no point in continuing with the alliance. It should be snapped right now although it is Lalu Prasadji who has to decide all these,” he added.

He also accused the chief minister of robbing off state’s funds in the name of development.