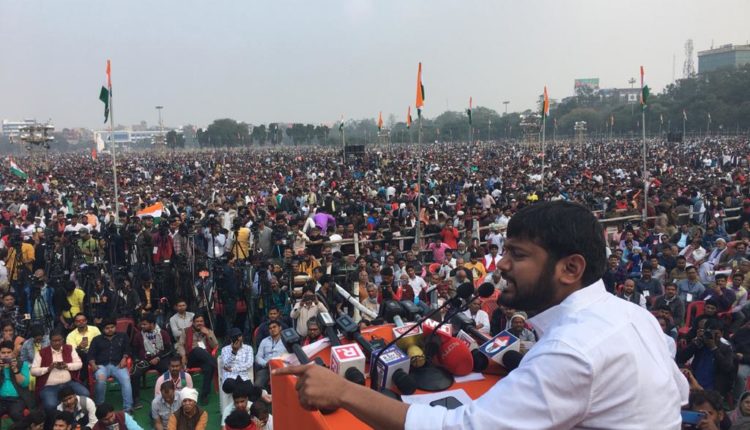 PATNA—The induction of Kanhaiya Kumar into the Congress seems to have caused discomfort in the Rashtriya Janata Dal (RJD) with the latter predicting that the former JNU Student Union chief would prove another “Navjot Singh Sidhu” who would destroy the grand old party.

The RJD blames Kanhaiya for splitting the secular votes and ensuring the victory of BJP leader Giriraj Singh from Begusarai seat in the last 2019 LS polls.

“Kanhaiya’s joining the Congress is not going to make any difference to the party. Instead, he will prove to be another political disaster like Navjot Singh Sidhu,” senior RJD leader and former parliamentarian Shivanand Tiwari told the media today.

Tiwari added Kanhaiya couldn’t be compared with Yadav scion Tejashwi Yadav, younger son of RJD president Lalu Prasad, who holds great sway over the vote-bank and has proved his ability in the last 2020 assembly polls by winning 75 seats alone.

“Kanhaiya may have the gift of the jab but he doesn’t wield influence over the voters while in elections, votes matter much,” Tiwari said. During the last assembly polls, Tiwari revealed, even the Congress candidates wanted Tejashwi to campaign for them rather than Rahul Gandhi.

Dropping special status demand: How Nitish cuts a sorry figure for third time in a row