PRASAD HAS BEEN ADMITTED TO RIMS, RANCHI FOR THE PAST THREE YEARS 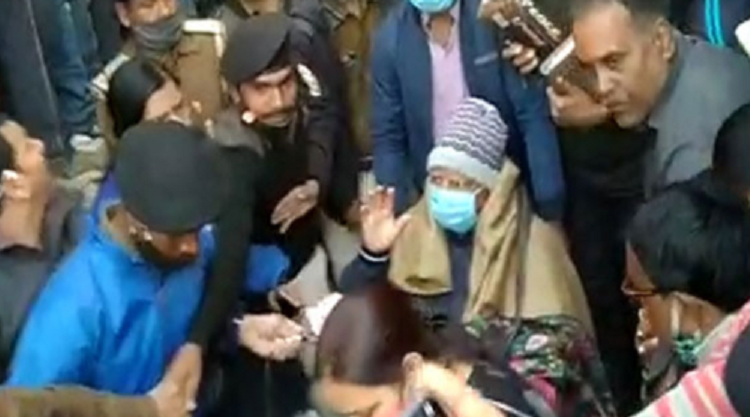 RANCHI/PATNA—Ailing Rashtriya Janata Dal (RJD) president Lalu Prasad was on Saturday shifted to AIIMS-Delhi after he complained of breathing problems.

Prasad who currently was being treated at Rajendra Institute of Medical Sciences (RIMS), Ranchi, was shifted to AIIMS on the recommendation of Jharkhand state medical board.

The RJD president has been diagnosed with mild pneumonia although he has tested negative for COVID-19.

“Lalu Prasad is having trouble breathing for the last two days. ON Friday, he was found to be having pneumonia. Considering his age, we have decided to shift him to AIIMS-Delhi on the advice of doctors for better treatment,” RIMS’s director Dr Kameshwar Prasad told The Times of India today.

On Thursday evening, Prasad had complained of uneasiness in breathing after which he underwent several tests.

A medical board formed to look into his health conditions subsequently suggested for his immediate shifting to AIIMS for better treatment.

On Friday, Prasad’s family members, such as his wife Rabri Devi and three children rushed to Ranchi to see him after his health condition deteriorated.

A huge crowd gathered outside the RIMS to have a glimpse of Prasad as he came out of the paying ward to leave for Ranchi airport.

Prasad who was served various prison terms in the fodder scams has been admitted to the RIMS for the past about three years for multiple health complications.