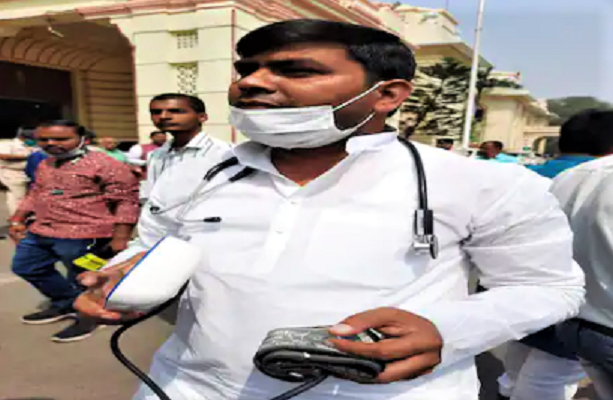 “I have come with these machines to examine chief minister’s blood pressure. He is not keeping well these days and losing his temper quite frequently,” the lawmaker told the media on Tuesday.

He said the angry words reflect the frustration of the chief minister and it is time for him to retire from politics.

The legislator who is a doctor by profession said the chief minister had been losing his cool more often than not. He represents Mahua seat in the state assembly.

The chief minister had lost his cool during the question hour in the Bihar legislative council on Monday after a RJD legislator Subodh Rai asked a supplementary question.

“You (Subodh Rai) should know the norms. You sit down…”the chief minister was quoted as telling the legislator and then advising senior RJD legislator Ram Chandra Purve to apprise him of the House rules of conduct.