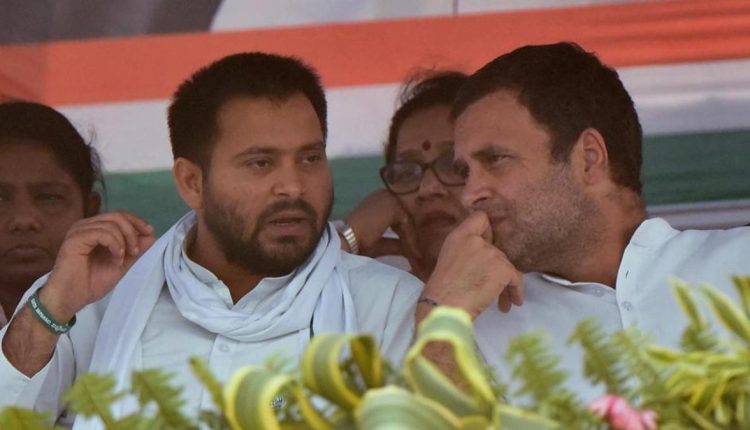 PATNA: Two main Opposition parties in Bihar–Rashtriya Janata Dal and the Congress–have banned their leaders and party workers from joining the Bihar government’s human chain programme for promoting environment conservation. The human chain will be formed on Sunday (January 19, 2020).

“No any Congress workers will join the human chain since it is purely the event management exercise of (chief minister) Nitish Kumar,” state Congress spokesperson Premchandra Mishra told the media on Saturday.

He added, “Only the people who want to join the JD-U will participate in the human chain.” The JD-U is headed by chief minister Nitish Kumar.

The RJD too has asked the party workers to boycott the human chain describing it as the “image building” exercise of the chief minister.

“None of the RJD leaders will participate in the human chain. It is a sham,” state RJD president Jagadanand Singh has declared.

He added that the legislators announcing to join the human chain are not the members of the RJD.

“Those taking a different line and announcing to join the human chain are not the members of the RJD,” Singh declared on Saturday.

At least two RJD legislators Faraj Fatmi and Maheshwar Yadav have announced to join the tomorrow human chain but the party has not taken it very seriously.

He alleged the move is an attempt to divert people’s attention from the main issues of soaring crime graph and government’s failures.