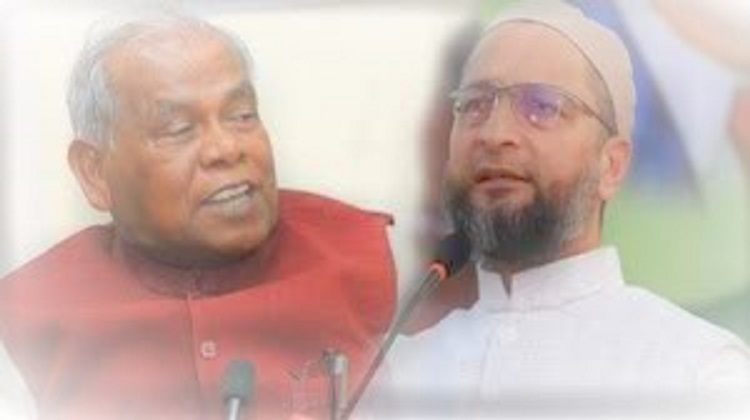 Manjhi whose HAM is currently a partner of the RJD-led Grand Alliance has announced to attend the rally against CAA and NRC scheduled to be held in Kishanganj on December 29.

“Only unforeseen factors can prevent me from attending the rally in Kishnaganj. Citizenship law and NRC are breaking the nation and I will stand by whoever opposes it,” Manjhi told the media on Friday. Manjhi and Owaisi will be jointly addressing the rally.

He claimed he was still with the Grand Alliance but could consider quitting the coalition if his demand for forming a coordination committee was not formed by December 30.

Both the RJD and the Congress are now advising Manjhi against going with Owaisi but the HAM chief remains unmoved.

“Manjhiji should know that Owaisi is a double-edged sword and his support to the AIMIM will only strengthen the BJP,” RJD’s Rajya Sabha Member Manoj Jha said.

The Congress also cautioned Manjhi against going with Owaisi describing AIMIM as the “B-team” of the BJP but the HAM president remains busy in his own poll calculations.

What has worried the opposition alliance is that the coming together of the Manjhi nd Owaisi could make a significant dent in the vote-bank of the Secular block which could destroy their poll prospects in the coming elections.

According to reports, dalits have strong presence in 40 assembly seats whereas Muslims have their presence in some 50 seats out of Bihar’s total 243.

Experts say Manjhi-Owaisi friendship if proved successful could impact nothing less 100 seats in the state but it all depends on how many seats the two leaders decide to contest and how the masses react.

It’s also a fact that Manjhi and Owaisi are not the lone claimants of all Dalit and Muslim votes respectively in the state yet they could impact the state politics to a certain extent if they joined hands together.