RG: ‘Cycle’ and ‘hand’ brilliant combination, together will make clean sweep in UP polls 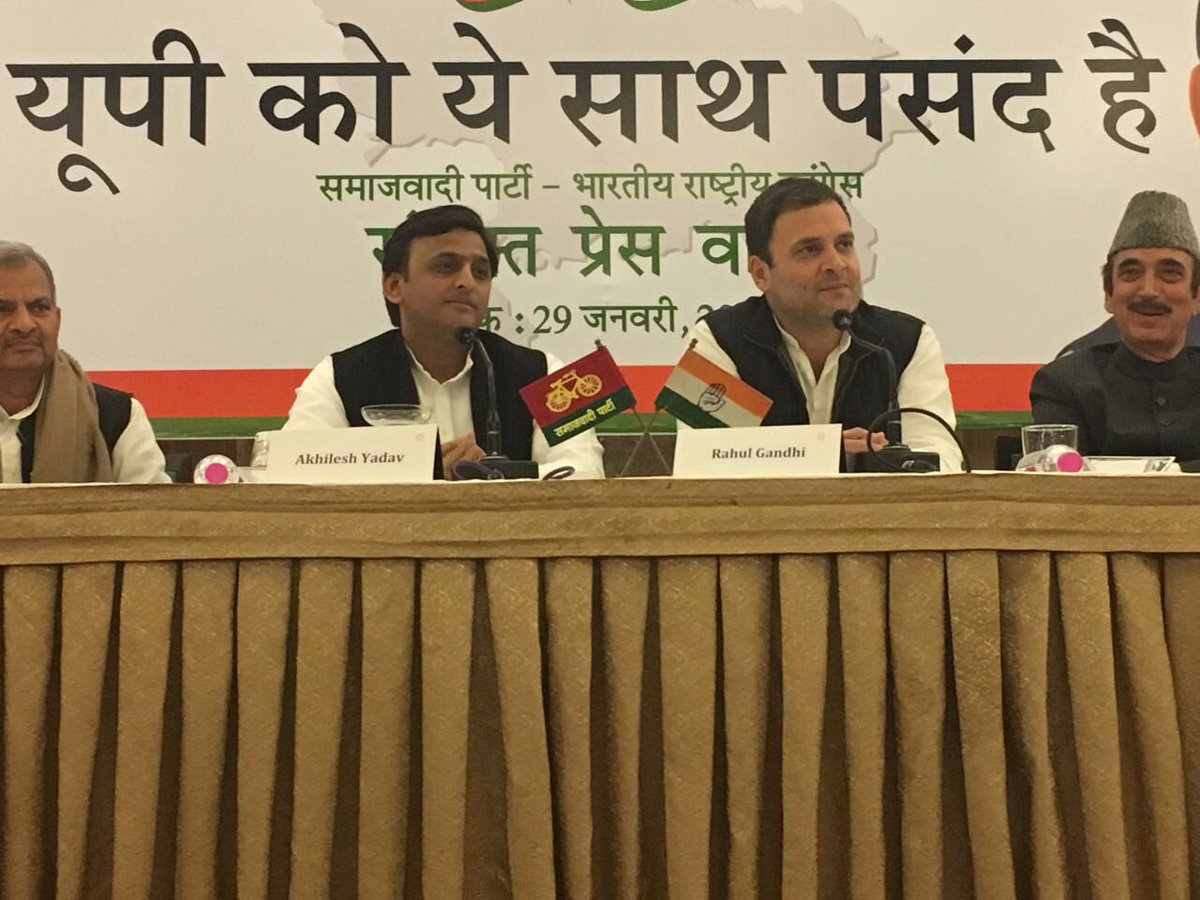 Lucknow: Ahead of the Uttar Pradesh Assembly election, chief minister Akhilesh Yadav and Congress Vice President Rahul Gandhi held a joint press conference for the first time today where they said that their alliance would bag over 300 of the state’s 403 seats.

While speaking to media, Rahul said the alliance was formed formed for “progress, prosperity and peace” and that it was not an “opportunistic one”.

He described his relations with the UP chief minister as both “personal and political”.

“We want to stop the aggression that RSS-BJP is spreading and the false promises they are making,” the Congress leader said adding “Our goal is to defeat fascist forces”.

Rahul said the Congress-SP alliance intendeds to give the youth of UP a new path, a new politics.

“It’s a historic alliance which is set to form the next government in UP,” said he.

Akhilesh said Rahul and he were like the two wheels of the same cycle.

“Cycle and Hand are a great combination,” said Akhilesh.