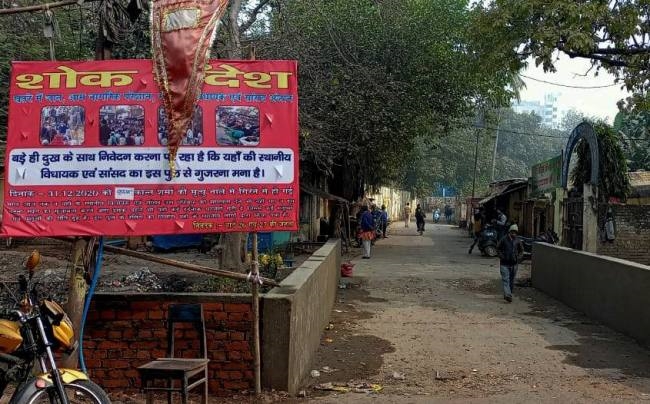 PATNA—Residents of Patna have banned the politicians from using a bridge they constructed by raising funds at their own level.

The residents have put a formal board at the Mandiri bridge site which says “local member of parliament and legislators are prohibited from using this bridge”.

The residents constructed this bridge and it railings this month after a car fell down into the drain on December 31, 2020. While the car owner died, two other colleagues seated inside received serious injuries.

After the incident, the residents appealed to the local leaders to help construct the bridge and its railing but none took notice of their appeal.

Eventually, the residents raised funds at their own level and constructed the railings on the both side of the bridge over a drain. The bridge was also repaired.