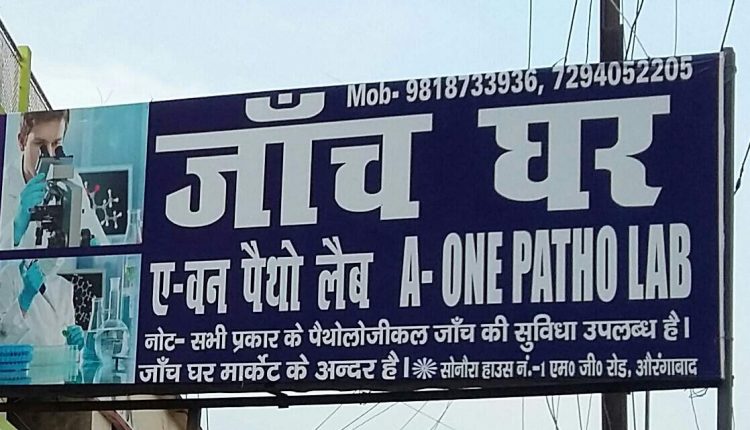 PATNA: A report of the Bihar government about the state of pathological and diagnostic centres running across the state has left people in a state of panic.

The government report submitted to the Patna High Court says that of the total 3,153 pathological and diagnostic centres running in Bihar, 2,514 are functioning illegally. That means they are playing with the lives of the common men.

The government, however, claims that most of the illegally-running pathological and diagnostic centres have been shut down.

As per media reports, none of the pathological centres functioning in nine districts of Bihar are legal. The districts include Gopalganj, Muzaffarpur, Sheohar, Supaul, Araria, Kishanganj, Banka, Lakhisarai and Kaimur.

Reports further stated that out of 213 such centres running in Patna, 58 are “illegal” whereas 230 out of total 250 centres in Darbhanga are illegal.

Similarly, 120 out of total 150 cnetres have been found functioning illegally in Rohtas whereas the 120 out of 142 in Siwan have been declared illegal.