Religions must for world peace, they teach about love and compassion: Dalai Lama 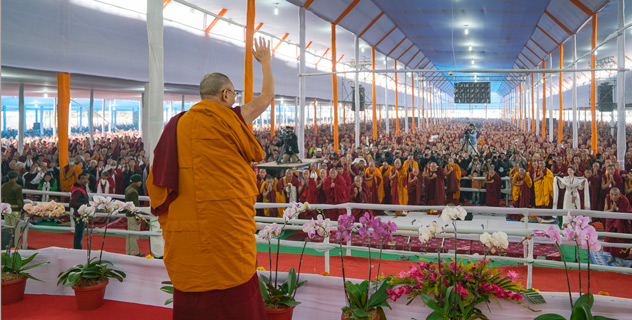 BODH GAYA: Tibetan spiritual leader the Dalai Lama has said religion is a must for world peace.

“The teachings of all religious traditions give rise to happiness,” His Holiness remarked on Friday addressing the huge number of Buddhist devotees participating in the 34th Kalchakra puja being organised here since January 2.

The ritual will come to a close today. The final day event will be attended by Bihar chief minister Nitish Kumar.

He said all religions teach about love and compassion and not doing harm to others.

“They have explanations of patience and forgiveness in common. There’s no pleasure in thinking only of yourself to the neglect of others. Wouldn’t eating a plate of sumptuous food in front of a group of people who were starving make you uncomfortable?” he asked.

He said the people are driven by disturbing emotions when they deceive or harm others.

“When we harm other beings, deceive and lie to them, we are driven by disturbing emotions. Acting out of selfish motives in this way is the cause of our own ruin,” he observed.

More than 300,000 Buddhist devotees from 90 countries are participating in the rituals. 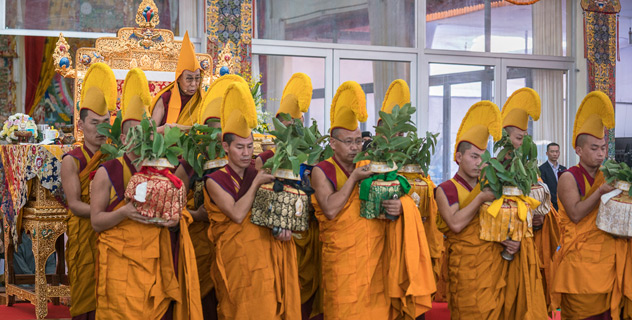 Some of the surprise visitors were devotees from China who defied the diktat of their government to be present at the rituals. As per reports, they reached here via different countries to avoid official wrath.

According to the organizers, thousands of Tibetans were prevented from attending the rituals by the Chinese authorities while more than 50,000 returned to their country even without attending Kalchakra puja owing to strong warning issued by the Chinese government.