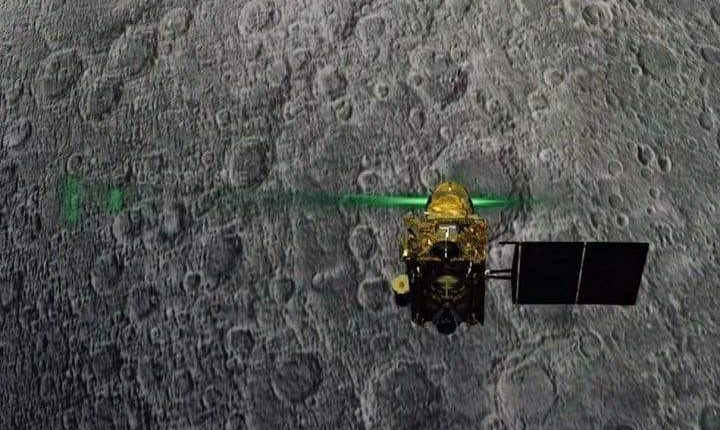 Bengaluru: In a partial relief to the Indian scientists, the lunar lander Vikram of Chandrayaan-2 has been located on moon surface, Indian Space Research Organisation (ISRO) officials said on Sunday.

ISRO chief K Sivan told the media that they have located the lander on the lunar surface and are also in the possession its thermal image.

“But there is no communication so far and attempting to establish contact,” he added.

The whole country felt heart-broken on Saturday morning earlier when ISRO scientists lost contact with the Chandrayaan 2 spacecraft just when it was to land on the south pole of the moon.

Indian Space Research Organisation (ISRO) Chief, K Sivan to ANI:We've found the location of #VikramLander on lunar surface&orbiter has clicked a thermal image of Lander. But there is no communication yet. We are trying to have contact. It will be communicated soon. #Chandrayaan2 pic.twitter.com/1MbIL0VQCo

This prevented India from making space history with the Rs 1,000 crore space mission.

Experts say the successful landing of the lander would have made India enter the club of select countries and become only the fourth country in the world to achieve that rare feat after United States, Russia and China.

Under fire from Opp, JD-U changes its slogan about Nitish Kumar

‘If you have of much of problems,…

News Analysis: Nitish government on its…