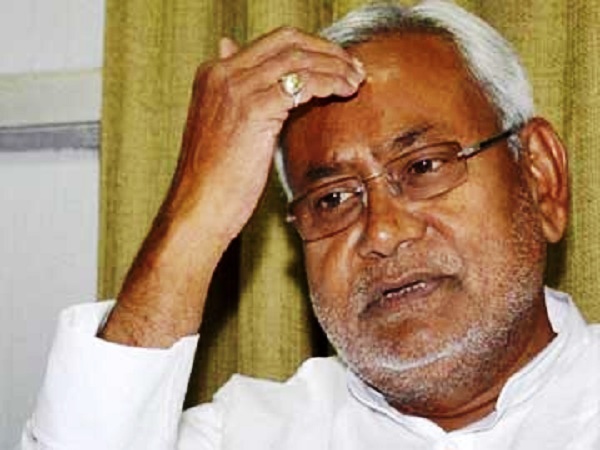 PATNA: Nitish Kumar should now realize his party’s interests are not “secure” in the company of his new friend, the BJP.

For nearly a decade, the JD-U boss kept the issue of granting “special category status” to Bihar alive, by raising it at every forums, party meetings, public rallies and even at the Inter-State Council meeting held in New Delhi in July 16 last year. The meeting was chaired by Prime Minister Narendra Modi.

But in a biggest setback to him, the Narendra Modi government at the centre has now summarily rejected this demand. What is humiliating the rejection of his demand comes little over a month after he returned to the BJP’s company.

“An inter-ministerial group formed on September 8, 2011 had earlier discussed the issue of granting special category status to Bihar. It presented its report on March 30, 2012. The group on the basis of the present criteria fixed by the NDC, had come to the conclusion that Bihar can’t be granted Special Category stats…There is no change in this criteria till date,” says a letter sent to Madhepura MP Pappu Yadav by Rao Inderjit Singh, Union Minister of State (Independent Charge) for Ministry of Planning. 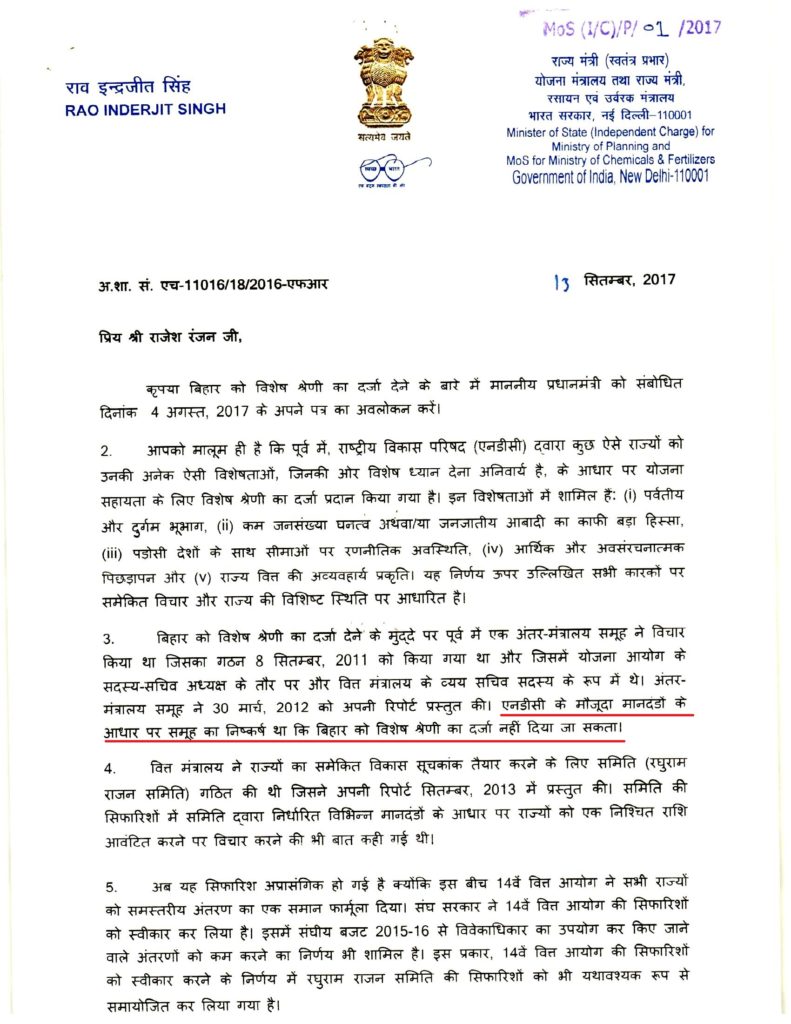 The letter was sent on September 13, 2017 in response to Yadav seeking centre’s to clarification over Special Category status to Bihar.

As such, Nitish Kumar had kept the issue alive for obvious reasons. All these years, Kumar had been repeatedly raising this issue in public despite himself knowing very well the fact that Bihar does not fulfill any criteria to get its benefits.

According to the criteria fixed by the government, a state can be granted the special status only if they have any of the features: (i) hilly and difficult terrain; (ii) low population density or sizeable share of tribal population; (iii) strategic location along borders with neighbouring countries; (iv) economic and infrastructural backwardness; and (v) non-viable nature of state finances.

A land-locked state Bihar doesn’t full any of these yet Nitish Kumar went on making this demand for a special reason. According to experts, Kumar did all this to get the support of the masses as he knew very well that he doesn’t have a support base in any particular caste or community.

But by bluntly rejecting this demand, the Narendra Modi government at the centre has served another massive blow to the political career of the JD-U leader— the first being denying a berth to the JD-U in his Cabinet.

How the chief minister found a “merit” in this demand is explained from the fact that he held Adhikar rallies across Bihar before holding a massive rally at Patna’s Gandhi Maidan on Nov 4, 2012. This was soon followed another rally in Delhi on March 17, 2013.

What was interesting the chief minister and his entire JD-U had celebrated “Diwali” and described it as their ”victory” after the Raghuram Rajan panel made a case for ending ‘special category’ criteria for providing additional assistance to the poorest states in September 2013 while identifying Bihar as the second most backward states in the country.

Honeypreet in Bihar? Police launch extensive search operation along border to nab her