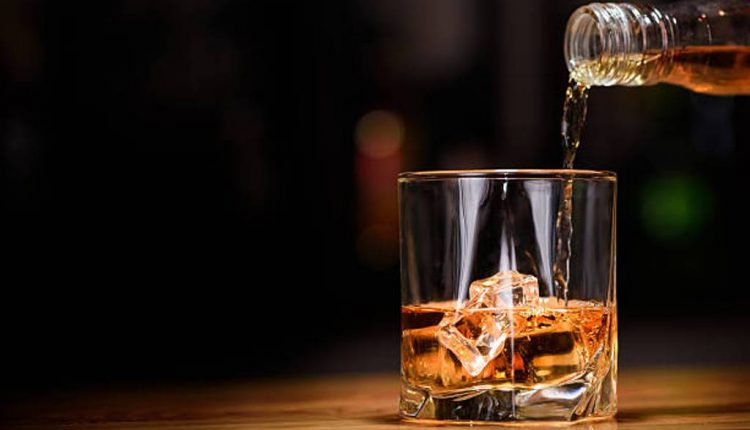 Recently, Telugu film actor Allu Arjun refused to promote Gutkha products asking since I am not consuming so how can I motivate the youths to consume it. This was appreciable as such ethical concern rarely be seen among Hindi film stars. In Hindi Cinema, we have many celebrated stars sinfully involved in advertising tobacco with famous punch-line “bolo juban kesri” without taking any social responsibility. Besides various reasons, for example changing pattern of lifestyle, dismantled socio-economic setup and other, the films and advertisement agencies too seem to have infused the inspiration for the consumption of alcohol and tobacco among the youths. Leading film actors too appear to be engaged in advertising alcohol from a long time.

Despite the above instances, interestingly, many of us also enjoyed Cigarette & Alcohol in our student life. The rings of the smoking fog must have attracted us. Some of them continued to use it but some of them soon get to know of its bad impacts on health and quit consuming. In fact, we all are flanked with such a situation where men and women all are heavily consuming either for the sake of their bodily needs or for their passion merely. The consumption of alcohol and tobacco is wildly being used as it can easily be noticed in all the pockets of country irrespective of caste, class, region, religion, and gender.

No need to shed massive light over its repercussions, we have already perplexing data which tells the vicissitude of its use. A recent WHO (2018) study says every year around 1.35 million people in India die or suffer from grave illness caused by the consumption of tobacco and estimated 0.26 million dies in quenching the thirst of the alcohol. Also, usually, we overlook the socio-economic crisis which comes from after the consistent consumption of alcohol or tobacco; for example, it leads broken family, children become orphan and women struggle with widowhood and so on.

Keeping the sad facts into account the state of Bihar introduced a law against the consumption of alcohol- Liquor Prohibition Law in 2016. It also introduced Cigarette and Other Tobacco Products Act (COTPA) in the year of 2010 to control the consumption of tobacco. Numerous criticisms, especially on the Liquor Prohibition Law from different political bodies have come to the public debate arguing this is an arbitrarily made law and to some extent inclined towards political interest rather than social welfare. Few weeks ago, the Supreme Court of India too reprimanded the state for its ill planned policy. So, in the light of this criticism, using the NFHS data we are making a brief effort to understand the use and abuse of alcohol and tobacco in the state. The data of NFHS 2015-16, and NFHS 2019-2020, which is the latest available data of the National Family Health Survey, will be helpful to contemplate the changing scenario.

When we consider the use of tobacco among women between the years 2015-16 to 2019-20, we see a rapid rise in the consumption. In the year 2015-16, it was only 2.8 percent, but in 2019-20 it got almost doubled with 5 percent. This rise is not only in urban areas, but rural areas have also shown a shocking figure. Women of the rural areas are consuming in both the periods more than the women of urban areas. It seems the awareness of its harm is lesser in rural areas, or the life of the rural women is distressful compared to urban areas and so they are consuming without knowing its severe repercussions.

In 2015-16, in the urban areas and rural areas it was respectively 1.5 percent and 3 percent respectively but in 2019-20 it reached up to 3.6 percent and 5.3 percent. While the state claims to be committed to the women’s empowerment, the figure of the consumption of tobacco shows the limitations of government’s initiatives towards women’s health and other issues. It also depicts the gap between urban and rural women in terms of health issues.

Almost similar remains the situation in matter of alcohol consumption among women. In the year, it was only 0.2 percent but increased with 0.4 percent. This is astounding a marginalized social group as women are enjoying alcohol with increased rate in a patriarchal society even within a strict law of the state. In the use of alcohol both rural and urban women are consuming a bit at similar level which can be seen in the tables.

In a patriarchal society man has always some privileges and those privileges are also engrained in the consumption of alcohol and tobacco, so men’s percentage is always higher than women in the state. In the year 2015-16 men’s consumption was 50.1 percent, while women’s was merely 2.8 percent. In the year 2019-20 men’s was around 48.8 percent with around 2 percent decline, while women’s consumption was 5 percent with a doubled increase. If in the year 2019-20 is there any decline in consumption of tobacco among men, it might have been due to growth in awareness of the harm and fear of laws compared to women.

Astonishingly, a rapid decrease in the consumption of alcohol among men is being noticed as it was around 29.9 percent in 2015-16 and it came up to 15 percent in 2019-20. It seems the Liquor Prohibition Law is a bit performing well among men, while as discussed above among women it is increasing rapidly. Why is it happening? It needs to be investigated seriously by the researchers. Probably, one of the reasons is the social activity of men is more than women, so there are chances to be nabbed by the police and other agencies that prevents them to use liquor massively, while women spend maximum time at their domestic territory rather than social world that renders favourable environment for the consumption. Merely, the argument of urban impact and women’s increased domain in social life might not be accepted since in urban areas consumption is usually lesser than rural areas.

As far as rural and urban areas are concerned, it is explicitly evident that rural areas are more prone to the consumption of alcohol and tobacco compared to urban areas. Rural people must be provided quality health facilities as it is gravely unavailable in urban areas. They must be made aware of the hazards owing to consumption of alcohol and tobacco. Around 80 percent people are living in rural areas where they are facing uncountable problems. In a research work (where Keyoor Pathak was associated) funded by CSD (council for Social Development, Hyderabad), it was observed that they don’t have proper health facilities, quality education or adequate employment opportunities till today. The migration from the state is rapidly happening, not for the better opportunities, but only for survival.

So, this distressful socio-economic environment leads to consumption of alcohol and tobacco.  It needs to be revisited the policies of the consumption of alcohol and tobacco, especially in the line of women’s and rural welfare. The issue is rooted in the adverse socio-economic environment, so alone strict laws & ban on these things might not be an appreciable state’s policy, the prime focus of the state must be inclined towards the mitigation of adversaries of the people. Once Winston Churchill said- “if you have ten thousand regulations you destroy all respect for the law”.