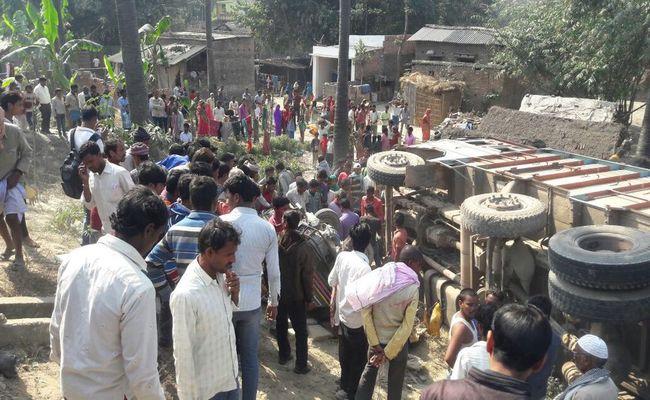 This was completely proved today when a speeding truck hit an auto coming from an opposite direction, killing at least seven people on the spot.

The incident took place at near Bhikhnapur village along NH 77 in Muzaffarpur district of Bihar around noon today.

As per reports, a speeding truck hit an auto-rickshaw coming from opposite direction, badly damaging the auto. The collision was so powerful that four died on the spot while three succumbed to the injuries at the hospital.

But this is not the end of the story. Witnesses said when the local villagers rushed to the spot to help the injured persons into the incident, a deadly snake bit four of them, ultimately leaving them on the hospital bead too.