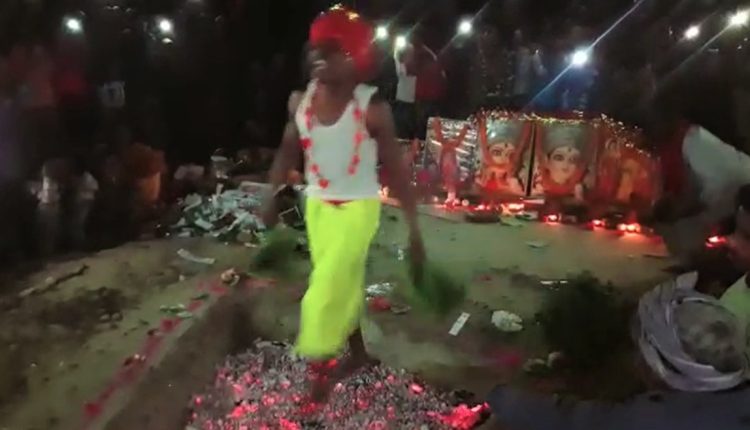 PATNA—A candidate contesting village council elections in India walked barefoot on a bed of burning embers in a bid to win the confidence of the voters.

Munna Mahato who is contesting elections for the post of village council chief in Bihar walked on the burning embers seven times during the “trial of fire” act which was attended by a large number of villagers from the areas. Mahato hails from Gopalganj district.

A huge crowd of villagers kept shouting slogans as Mahato walked multiple times on the hot embers caused by the burning of one quintal of mango wood. Interestingly, the man suffered no burn injuries despite walking repeatedly on the embers.

“Had I done any wrong my feet would have burnt but see I am still campaigning in the areas,” Mahato told the local media, claiming he would work for the betterment of the masses.

He said he passed the rigorous test of “Agni Pakisha” and wished to serve the masses once getting their blessing.

The 11-phase village council polls which began in September will conclude on December 12. The elections are being held to elect 255,000 council representatives for various posts.

Ahead of polls, BJP govt set to launch cow ambulance in UP