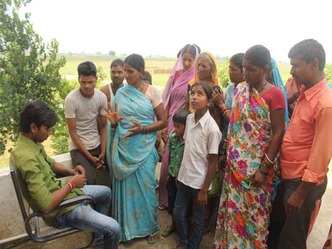 PATNA: A boy in Bihar is confused. He doesn’t know whom to call his mother—the woman who gave birth to him or the woman who gave shelter and brought him up like her son when he lost his family in the childhood.

The problem began on Friday when two women came face to face, staking claim over him, leaving the boy confused.

According to story given by Rinku Devi, wife of Lalan Rai from Masurhi, his son had lost his family on October 21, 2011. He didn’t return home after he left for a local school located at Kailuchak village.

As the family failed to trace him despite much effort, they finally registered a missing case with the Mausaurhi police station on October 29. The police too failed to get any whereabouts about him.

The story took a new turn on Friday when the woman had come to the house of one of her relatives at Janipur village in Patna district.

In course of conversation, she came to know that a local woman Anita Devi has adopted a boy who had got detached from his family some seven years back.

Within no time, the woman reached the house of Devi at Nagawan village and identified her son. Soon she asked the woman to hand over her son but she refused.

As the matter appeared causing tension in the areas, the local police soon stepped in and brought both the women to the police station.

On being quizzed, Anita Devi admitted to having adopted the boy but added she loved him much more than her own son.

The police said it had sought details as well as photographs of the boy from the school where he was enrolled in his childhood.

“If needed, the DNA test will be conducted to identify his biological parents,” the local Janipur police station in-charge Chnadrashekhar Kumar told the media today.

Image Caption: The boy (sitting on chair) who has two claimants