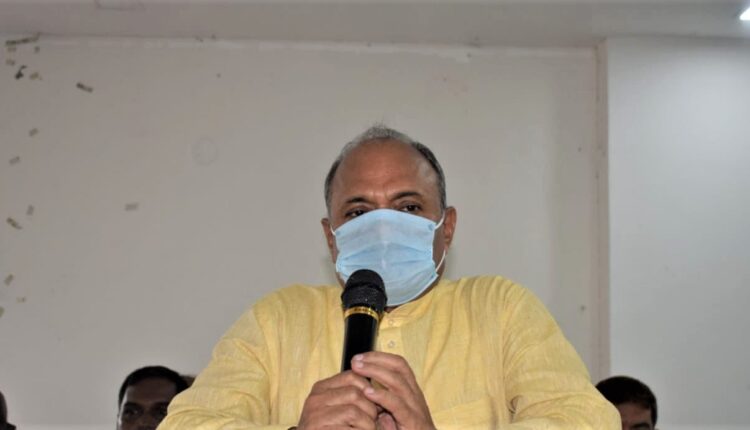 PATNA—The ongoing conflicts at the top level in the ruling Janata Dal United (JD-U) has reached an interesting point with the party leadership yet to declare the candidature of Union steel minister RCP Singh for Rajya Sabha polls although his six-year term expires soon and the Election Commission already announcing the schedule for biennial elections to five seats from Bihar.

Singh whose term expires on 7 July urgently needs a RS berth to save his ministerial post. He is the lone minister in the Narendra Modi cabinet from the JD-U.

What has added suspense to his fate is that the JD-U leadership has already declared the name of Anil Hegde, a party loyalist, for the by-election to a RS seat which got necessitated following the death of sitting parliamentarian King Mahendra but it is yet to decide over the candidature of Singh for the lone full-term seat it is in a position to win.

Even chief minister Nitish Kumar didn’t speak over the issue. “We will take decision over it (who will be our candidate for the regular RS seat) later,” the chief minister told the media today.

JD-U insiders say the relations between Singh and the chief minister soured soon after the latter agreed to join the Modi Cabinet even though the party was offered just one berth against its demand for at least three.

The JD-U had already rejected the offer of single berth in 2019 but this time, Singh chose to join the Modi cabinet very much against the wishes of the top party leadership, informed sources said. Singh, a former bureaucrat, was considered very close to Kumar who initiated him into politics and even appointed him the national JD-U president.

The growing differences can be further underlined from RCP’s open criticisms of Jawahar Lal Nehru as the Congress’ choice for country’s Prime Minister, thus endorsing the BJP’s stand while Kumar’s JD-U has never been known for criticizing India’s first PM in public. A section of JD-U leaders now allege that RCP has veered closer to the BJP.

That is not the lone reason of worry for the JD-U. Singh who hails from Bihar is also constructing a grand temple dedicated to Lord Ram at his native village in Nalanda district quite like the BJP in Ayodhya. Recently during Ramanavmi, he even performed Bhumi Pujan for construction of this temple at his native village Mustafapur.

The JD-U in principle has refrained from donating money for religious purposes in public but Singh’s stand has been entirely different from the party. In February this year, Singh even donated Rs1.11 lakh for the construction of Ram temple at Ayodhya while sitting in his party office. He donated the money in the presence of state BJP president Sanjay Jaiswal.