Rare Buddha statues stolen from a temple in Bihar 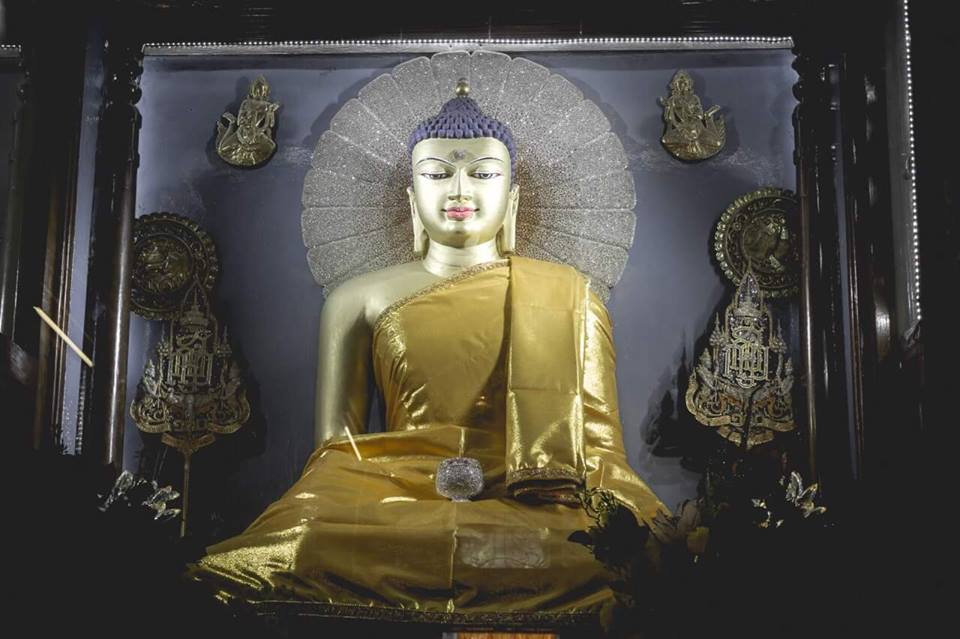 PATNA: Unidentified miscreants stole away rare idols of Buddha from a Buddhist temple in Bihar.

The rare idols made of alloyed metals—one in meditating pose and the other depicting Buddha’s childhood—were stolen from Vietnam temple in Vaishali district, a prominent historic site of Bihar, on late Thursday night.

The value of the stolen idols is estimated at over a million in the international market.

The thefts of Buddha’s idols are common in Bihar as they fetch handsome amount in the international markets.

Earlier in November 2014, a Buddha statue made of black stone was stolen from a village in Nalanda.

The three-feet tall statue of Buddha had been kept in the open near other Hindu deities in a local temple after it was recovered from the bed of a local river Panchane.

Prior to that, 18 priceless bronze Buddha statues had been stolen from the Patna museum in September 2006.

The robbers had apparently sneaked into the museum through a first-floor window and walked away with the 8th and 9th century statues from the gallery.

Buddha had got enlightenment under a peepal tree at Bodh Gaya in the 6th century BC. It is for this very reason that Bodh Gaya is considered the holiest of the holy land for Buddhists across the globe.

Image Caption: The statue of Buddha inside the holy Mhabodhi temple at Bodh Gaya