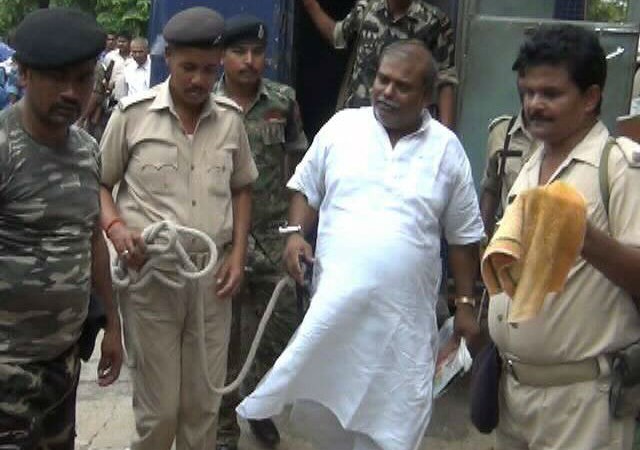 PATNA: A rape-accused lawmaker Raj Ballabh Yadav today met RJD president Lalu Prasad at his residence today. What transpired between them, however, is not known.

Yadav who came out of jail barely three days back is accused of raping a minor girl. He was lodged in the Biharsharif jail in Nalanda district for the past four months and the RJD has suspended him from the party for his misconduct.

“I have committed no wrong,” Yadav told the media son after coming out of Prasad’s residence adding he had gone to convey Navratra wishes to his party president.

He claimed he can even meet chief minister Nitish Kumar as it’s the government which had moved the Supreme Court, not the chief minister.

The meeting comes a day ahead of the Supreme Court hearing the bail cancellation petition filed by the state government.

The Bihar government has moved the Supreme Court to challenge the bail granted to a rape-accused lawmaker by the Patna High Court.

Rohit Vemula was not a Dalit, ended his life due to frustration: Probe panel