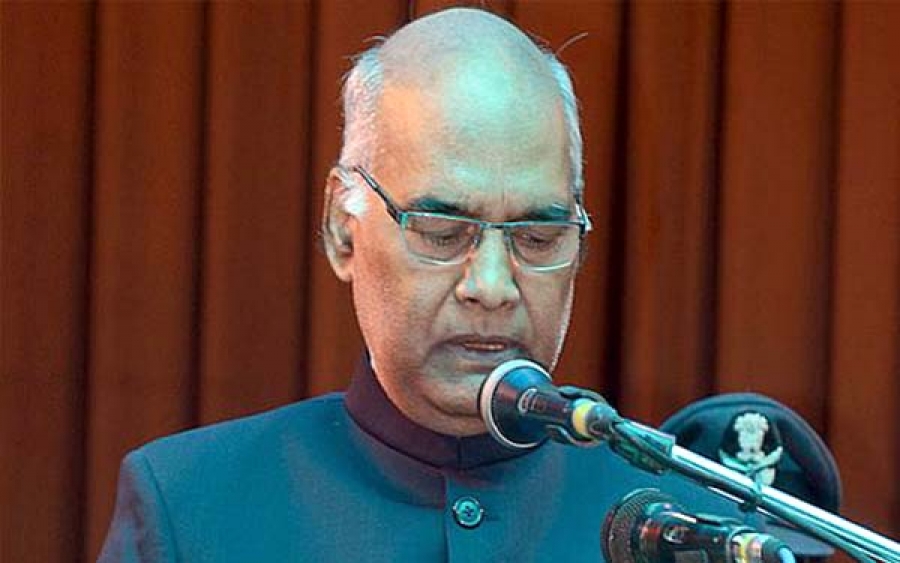 New Delhi: Addressing the nation as the ‘first citizen’ of the country, Ram Nath Kovind said he entered the office of the President with all humility, shortly after taking the oath on Tuesday afternoon.

Kovind is the 14th President of the country.

He was sworn in as the President by the Chief Justice of India, Justice JS Khehar.

He succeeds Pranab Mukherjee as the President of India.

Referring to his origin, Kovind said: “I come from humble background, the journey has been long.”

A former BJP leader and a member of Rashtriya Swayamsevak Sangh, Kovind, was picked by the ruling NDA as their Presidential nominee.

Kovind was the Bihar Governor at the time he was named as the BJP-led NDA’s Presidential nominee.

The new President spoke in favour of the plurality of the nation. “Plurality makes us special….. We are different but united.”

“We are proud of our soil, water, secularism and the people of India,” Kovind added.

He considered soldiers, farmers, women, scientists as the nation builders.

While giving his speech, Kovind recalled the days when he used to be present at the Central Hall. “We had discussions. We agreed and disagreed but learnt to respect each other. That is the beauty of democracy.”

Kovind, who comes from Uttar Pradesh, is the second Dalit President of India after K R Narayanan.

No threat to government in Bihar, clarifies Nitish amid tension with Lalu