Ram meets Shyam during Holi, fuels another round of speculations in Bihar 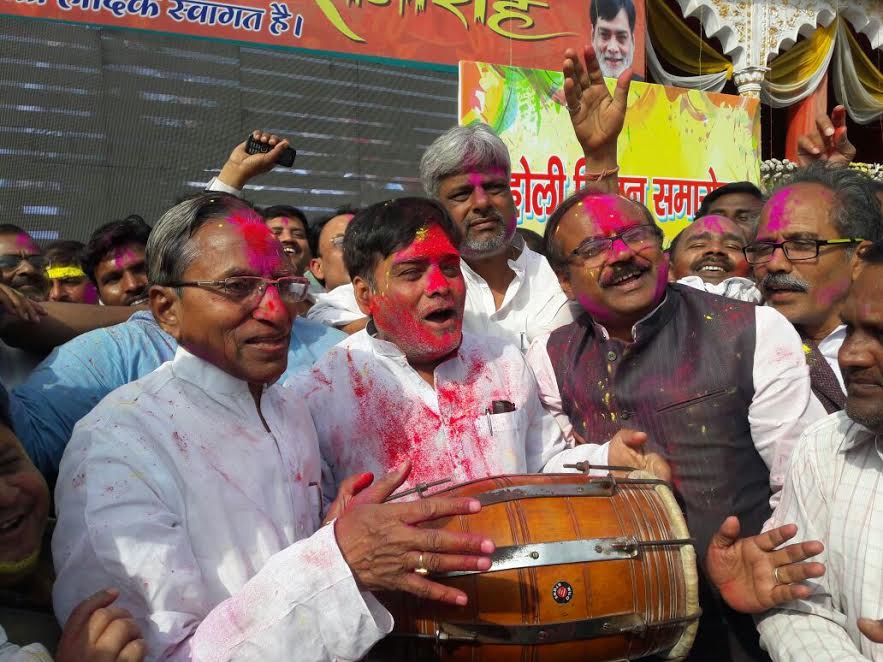 PATNA: RJD headed by Lalu Prasad is unhappy over the JD-U leaders freely mixing with BJP camp and celebrating Holi even as the Secular Alliance suffered serious setbacks in UP elections.

Curiously, the JD-U too had opted out of the UP elections in favour of the Secular alliance although it didn’t specify whom it was supporting. Given the situation, the meeting between the JD-U and the BJP has not gone down well within the RJD.

Reports said the JD-U leaders warmly received Yadav and played Holy with the latter. Yadav, a Union minister in the Narendra Modi government at the centre, was with the RJD for over two decades before he joined BJP on the eve of 2014 LS polls.

RJD warned the JD-U against treating it “weak”. “We are keeping a close watch on the meeting between the BJP and JD-U leaders. None should think that RJD is weak. We are the single largest party in the Bihar assembly,” RJD leader Bhai Birendra told the media today.

Welcome to the ‘festival of colours’!