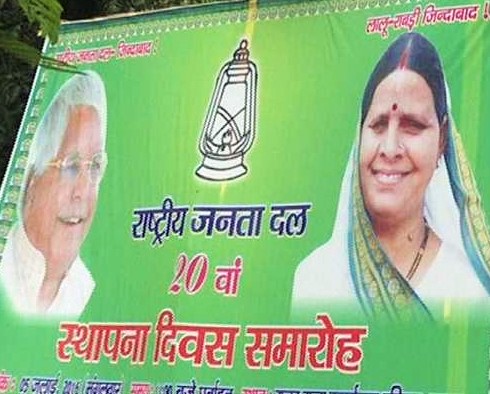 PATNA: The RJD today announced its rally against the BJP will be held on the scheduled date at all costs despite ‘victimisation’ by the Centre.

“The Narendra Modi government at the centre has gone all out against Lalu Prasad right since he announced to hold a rally against the BJP, ” alleged state RJD president Ramachandran Purbe today.

He said the rally would be held at all costs despite all such pressures and victimisation.

“This will not be the rally in Patna but it’s Patna which will be amid rally, ” claimed Purbe.

The rally nicknamed “BJP hatao, desh bhagao” rally is to be held at Patna’s Gandhi Maidan on August 27.

Purbe made this announcement shortly after the CBI conducted raids at 12 places in the country in the premises of Lalu Prasad in the hotel tender scam.