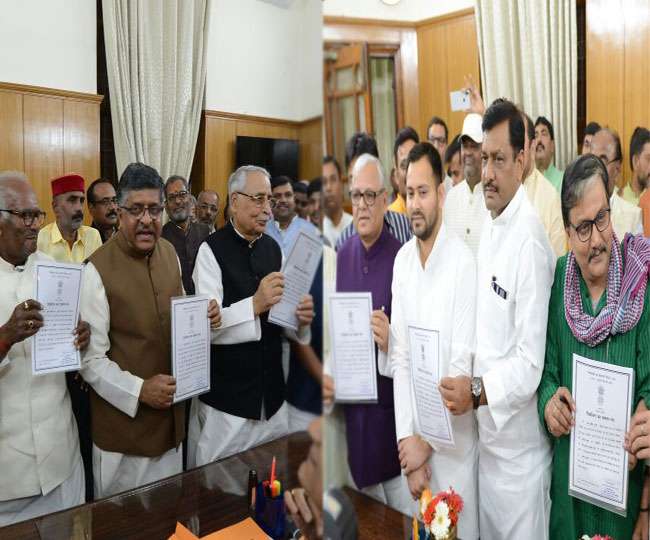 PATNA: All the six official candidates from the NDA and the Grand Alliance (GA) were declared elected unopposed to the Rajya Sabha on Thursday after their nomination papers were found valid during scrutiny.

Three seats each came to the share of both the NDA and the Grand Alliance.

A total of six official candidates from both sides had filed their nomination papers for Rajya Elections from Bihar on Monday.

From the NDA camp, Union minister Ravi Shankar Prasad of the BJP and Vashishtha Narayan Singh and Mahendra Prasad of the JD-U were declared elected.

Likewise, Manoj Jha and Ashfaque Karim from the RJD and Akhilesh Prasad Singh from the Congress were declared elected from the Grand Alliance.

RJD has a total of 79 legislators, JD-U has 80 lawmakers, BJP has 52 legislators whereas the Congress as 27 members in the Bihar assembly.