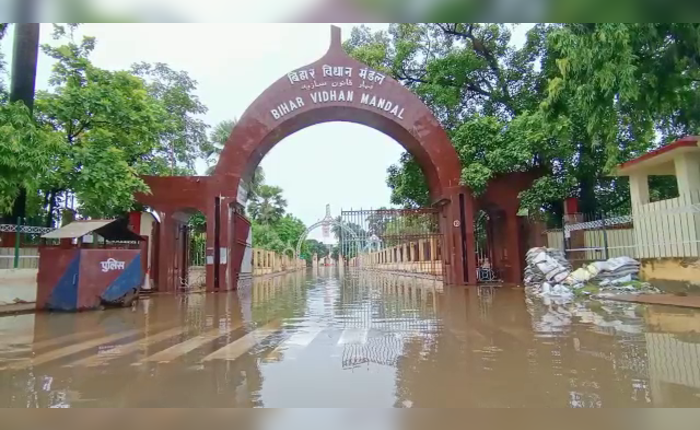 PATNA— Heavy overnight rains have turned Patna into a floating city, causing much inconvenience to the residents and prompting them to stay indoors.

Several localities of the state capital have come in grip of water-logging while water also entered Nalanda Medical College and Hospital’s, general, OPD and ICU wards.

Municipal authorities had claimed the state capital won’t face water-logging this year but the rains have exposed their claims in the initial showers themselves while rainy season is still to pick momentum.

“We have initiated an orange alert in 15 districts including Patna, Bhojpur, Gaya, Rohtas, Kaimur, Vaishali, Saran, Muzaffarpur and others. We have alerted people to avoid open areas, agricultural fields, standing under the trees during rain fall. There is a prediction of thunderstorms with lightning in those districts,” a disaster management official told the media on Saturday.

Free haircuts to car servicing: How India’s vaccination drive gets a boost with interesting offers!