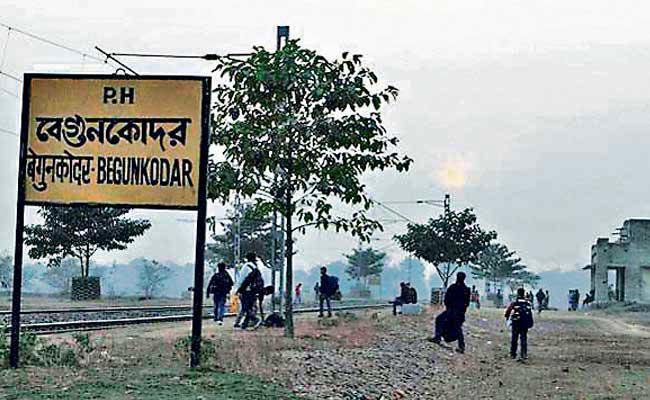 PATNA: A railway station in neighbouring Jharkhand state remained closed for over four decades in view of reports that it has been a haunted place.

Begunkodar railway halt which falls between Jhalda and Kotshila railway stations under the Ranchi rail division in eastern India was reportedly shut in 1967 after being described as a “haunted place”.

According to a report in Prabhat Khabar, it was closed shortly after a railway officer died when he reportedly saw the “shadow of a ghost dressed in white clothes and walking on the tracks at the dead of night”.

Subsequently, no railway officials wanted to be posted at this station. Eventually, it was shut down.

After 42 years, it was opened again in 2009 when Mamata Banerjee became the Union railway minister.

“Aami bhoote biswas korina (I don’t believe in ghost),” was how she had reportedly said while ordering for reopening this station.

Today, however, the fear of this ghost is completely gone now as people describe the ghost story as a “useless talks”.

“All talks of ghosts are rubbish. I have not seen it right since I was posted there,” a railway employee Dhullu Mahato was quoted as saying by the paper. He is the lone railway employee posted at this station.

This place has now virtually emerged as a kind of tourists’ destination as people want go there to see “ghosts”.