How Rahul Gandhi is spoiling Congress’ chances with his sheer stubbornness 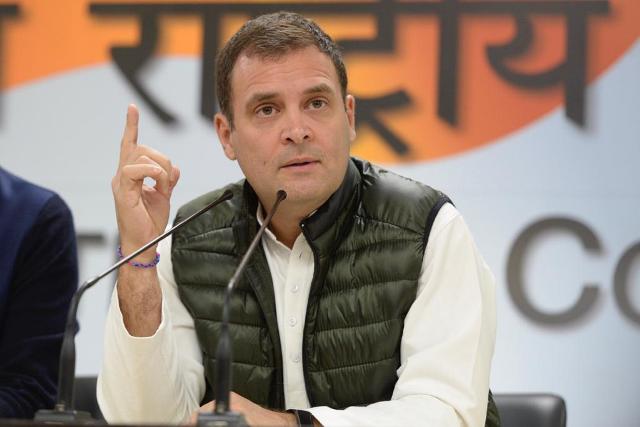 PATNA: The rigidity being shown by the Congress party headed by Rahul Gandhi in sealing deals with allies is slowly spoiling its poll prospects in the coming Lok Sabha polls considered very crucial for India.

While the ruling BJP headed by Amit Shah has already sealed the deal with its stubborn allies like JD-U in Bihar, Shiv Sena in Maharashtra and AJSU in Jharkhand bending backward and gone into to poll gear, the Congress party still looks to be weighing alliance options even as the dates of Lok Sabha polls have already been announced and the nomination process is to start in the next couple of days.

The problem with the Congress is that it is yet to come out of the shadow of poll victory in three states and to realize that much has changed in the country since then. It is yet to feel the reality that how a series of actions taken by Prime Minister Narendar Modi post assembly poll defeats, such as grant of 10 percent reservation to poor upper castes, doling out Rs6,000 to farmers and launching of air strikes in Pakistan post Pulwama terror strike, has brought a lot of change in people’s mindset.

On the other hand, citing its performance in recent assembly elections in Chhattisgarh, Madhya Pradesh and Rajasthan, the Congress party has been constantly trying to “extract” maximum number of Lok Sabah seats from its tried, tested and also trusted ally, the Rashtriya Janat Dal (RJD) in Bihar while everybody knows how the grand old party doesn’t have any base in the state.

The party has turned almost moribund in the past over two decades and has been surviving with the support of the RJD headed by jailed Lalu Prasad. In the last polls as well, it was able to win two seats out of 12 it had contested just because of support from the RJD which enjoys considerable holds over the Yadav and Muslim community.

“We are ready to spare 8 to 10 seats to the Congress but it is rigid on contesting 15. Moreover it doesn’t have its own candidates and is drying for giving tickets to borrowed players such as Anant Singh, Kirti Jha Azad, Lovely Anand, Pappu Yadv, Arun Kumar and Pappu Singh who can’t be termed loyal,” asked a senior RJD leader wishing not to be quoted.

“The Congress must know that it doesn’t have its organization in Bihar and will get revived only with the support of the RJD. How far it is prudent to let the party with no support base give more seats while the party with maximum support base being content with less number of seats?” he asked.

Political experts say the Congress must also take into account the feeling of allies while giving tickets to its candidates.

A case in point is that of Pappu Yadav who was elected on RJD ticket from Madhepura LS seat even at the height of the Narendra Modi wave but later he rebelled against the party leadership. Such was the level of his rebellion that he was ultimately expelled from the RJD.

“How funny the Congress now wants to give ticket to that Pappu Yadav without considering the feeling of the RJD! How does the Congress expect the RJD to support this man?” asked an expert.

The next in the line is Anant Singh whom the Congress wants to field from Munger seat. It’s well known fact that the very first thing that the chief minister Nitish Kumar had done soon after joining hands with Lalu Prasad in 2015 was to send Singh to jail in kidnapping case. But now the Congress sees the potential in Singh to win the Munger seat.

Many says it is the same “over confidence” of Rahul Gandhi that prompted him not to shake hands with Arvind Kejriwal’s AAP for Delhi despite his repeated efforts. “Rahul Gandhi needs to feel the ground situation before he takes the next step or his move could prove disastrous. The main issue right now is to prevent split of secular votes,” commented a political expert.