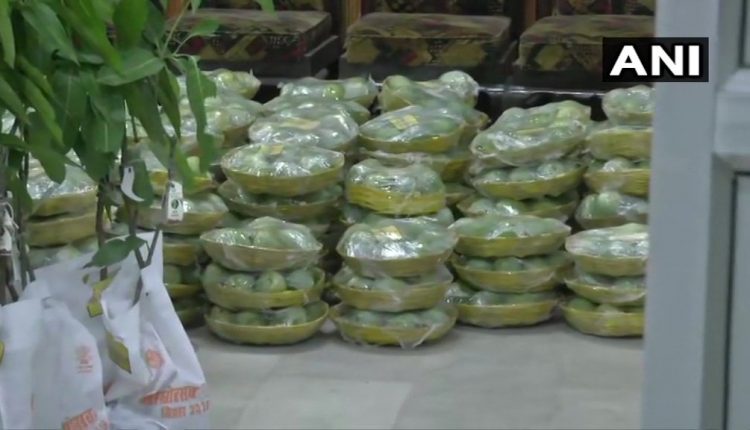 PATNA: A goodwill gesture of ruling Nitish Kumar government to gift mangoes to all its lawmakers has got mired in serious political controversies with the opposition refusing to accept the gift citing deaths of children from suspected encephalitis.

Lawmakers who were attending the current monsoon session of the Bihar assembly were pleasantly surprised when they were handed out mangoes wrapped in gift baskets along with two saplings on Wednesday.

The government claimed idea was to convey the importance of saving environment but the opposition members were not convinced and refused to accept them.

“This government is insensitive. While children are dying from disease, the government is distributing mangoes instead of saving them,” rues former chief minister and RJD leader Rabri Devi. The RJD with 80 lawmakers is the main opposition party in Bihar

Another opposition party, the Congress also rejected the gifts and wondered over mango distribution when hundreds of children have died from suspected encephalitis.

“We are shocked at the government’s move. We strongly condemn it,” Congress lawmaker Premchandra Mishra told the media.

The government, however, offered different logic. “We are concerned about the environmental issues and hence have distributed saplings as well as mangoes to make people know the importance of environment,” Bihar agriculture minister Prem Kumar claimed.

According to a government record, close to 2,000 children have died from suspected encephalitis in Bihar in the past nine years.