Rabri Devi and Sasikala Natarajan: The two ladies who rose from the shadow! 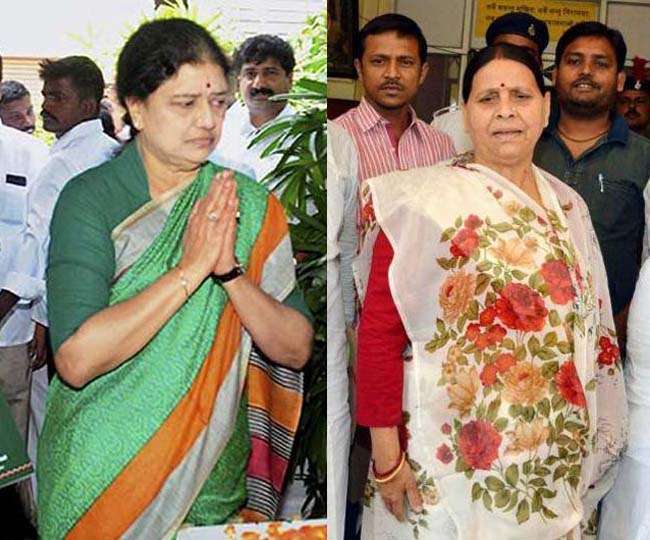 She came straight from the kitchen to take oath as the chief minister of Bihar in July 1997 when the arrest of her husband in million-dollar fodder scam looked imminent.

Like Rabri, Sasikala too has been compelled to lead the party and rule the state after an unexpected vacuum caused by sudden demise of TN chief minister J Jayalalithaa who died in December last.

Further, Rabri was greenhorn in politics when she took up the mantle of state. Sasikala too is novice in politics and till the end of the last year, she didn’t hold any position in politics. She was appointed AIADMK’s’s general secretary only after the death of Jayalalithaa.

Again, Rabri faced corruption charges while in office although she was acquitted of such charges by the court later on. Quite like her, Sasikala also faces disproportionate assets case against her and the Supreme Court is likely to pronounce its judgment in the case next week.

Finally, the accession of Rabri led to revolt in the party although she deftly handled the intra-party trouble. Sasikala too is facing revolt over her elevation and is caught in critical situation. It’s to be seen now how Sasikala is able to handle this situation.

Parmeswar lodged with thieves in Bihar jail, wants to be shifted to ward of Lalkeshwar