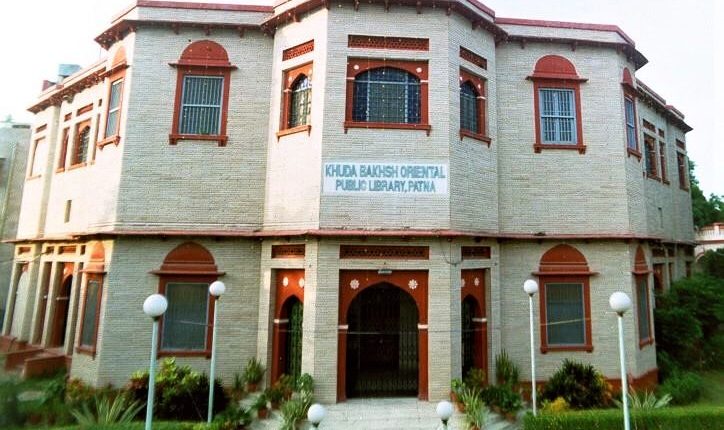 PATNA—Historians, researchers and scholars are angrily protesting the proposed plan by the government to bulldoze a portion of the heritage Khuda Baksh Oriental Public Library located in India’s Bihar state to make way for a flyover. The library has been declared as an “Institution of National Importance” by the Government of India.

The iconic 130-year-old library located on the banks of the Ganges in Patna is a repository of 21,000 rare manuscripts, over 250,000 books in various languages and paintings showcasing life and culture of Mughal period.

The library was founded in 1891 by Maulvi Khuda Baksh whose family had served as record keepers in the Mughal administration since the reign of Emperor Auranzeb, it is said. He hailed from Siwan district.

Patna, the capital of Bihar state, erupted into protests after the citizens came to know that the state government plans to pull down a portion of the heritage library and its garden to make way for a flyover to decongest city traffic.

“We can’t allow the people to demolish the structures preserving our rich heritage and culture. The government will have to make a change in its plan, instead,” said a group of historians, educationists, scholars and cultural artists on Saturday.

They have threatened to take to the streets if the government didn’t withdraw its plan to demolish the library’s building.

Reports said the government wants to pull down a portion of library’s reading hall named after the then Viceroy of India Lord Curzon who visited the library in 1905.

The head of library committee (under Bihar State Assembly) Sudama Prasad has shot off a letter to the Assembly Speaker Vijay Kumar Sinha, urging him to urgently intervene into the matter and save the library building from being demolished.

“The government’s decision to carry out partial demolition of the library building is wrong. We will strongly protest for it,” said Prasad who also has suggested alternatives for constructing flyover.

Library’s director Dr Shayesta Bedar too opposed the proposed partial demolition of the iconic structure. “We are not against any development but development at the cost of such an important institution is not justified,” Bedar was quoted as saying by The Times of India.

The Indian National Trust for Art and Cultural Heritage (INTACH), on the other hand, has threatened to drag the matter to the court if the government didn’t bring changes in its plan. It said the library is a “heritage of Indian culture”.

Some of library’s rare collections include Tarikh-e-Khandan-e-Timuriyah, a history of Mughal dynasty commissioned by Emperor Akbar and the only manuscript of its kind. There are also manuscripts from the personal collections another Mughal emperor Shah Jahan and his daughter Princess Jahanara.

Other rare collections include a copy of English poet Lord Byron’s Ode to Napoleon in which two additional stanzas have been added in what is considered to be Byron’s own handwriting, a sword of Nadir Shah, and a miniature copy of the Quran that is 2.5 mm wide.

The library has books are printed in many languages such as Arabic, Persian, Urdu, English and Hindi, besides a few in German, French, Japanese and Russian.

The library has also preserved many manuscripts written over palm leaf, deer skin and sundry materials.