Pressure of matrimonial alliance: Lalu not to disturb ‘samadhi’ Mulayam Singh Yadav in UP assembly polls 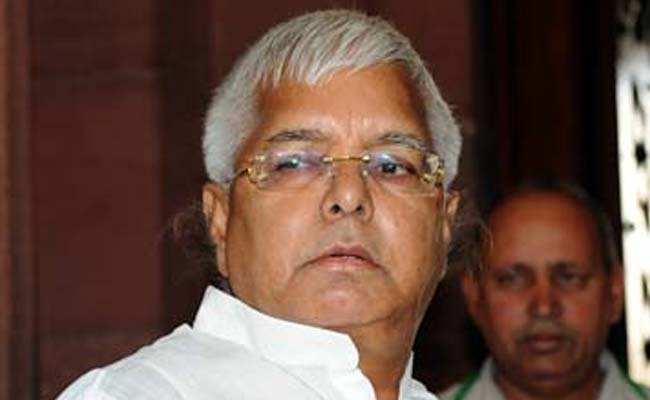 PATNA: Rashtriya Janata Dal (RJD) headed by Lalu Prasad has “decided” not to field any candidates in the upcoming assembly elections in Uttar Pradesh due early next year.

Instead, the RJD is said to be eager to bring all the secular forces together to defeat the “communal elements”.

“The RJD will not contest the polls. We want to strengthen secular forces in UP,” an unnamed RJD leader was quoted as saying in the prominent English daily Hindustan Times today.

Prasad’s youngest daughter Raj Laxmi is married to Tej Pratap Singh Yadav, a parliamentarian who is grand nephew of the SP president. Yadav represents Mainpuri seat (UP) in parliament.

The RJD’s plan is in sharp contrast to the chief minister Nitish Kumar-led Janata Dal United (JD-U) which has focused its full attention in the UP polls this time and has held many rallies in different pockets of the state to win support of the masses.

Observers say more than winning elections, Kumar looks more interested in settling political scores with the SP chief who had tried to divide secular votes in Bihar polls by fielding its candidates on many seats although the move failed.

Both the RJD and JD-U have negligible or just no presence in UP. In the past 2012 assembly polls, RJD had fielded candidates on four seats but they all lost.

The JD-U, on the other hand, had fielded candidates on 219 seats but they all forfeited their security deposits, polling just 0.26 percent votes.