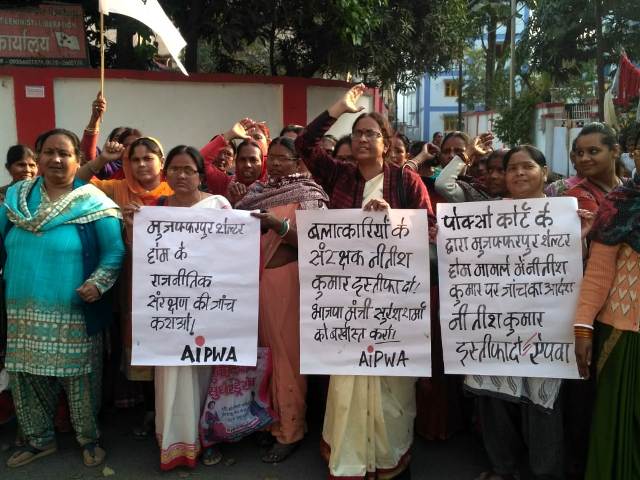 PATNA: Pressures are mounting on Bihar chief minister Nitish Kumar to resign hours after a local court ordered for a CBI investigation against the former in the care home sex scandal.

At least 34 girls were alleged to have been sexually abused by the officials running the government-funded Muzaffarpur shelter home. Brajesh Thakur, now in Patiala jail, was heading the NGO which ran this shelter home.

Opposition parties now are seeking for resignation the chief minister for a fair investigation into the case.

Angry activists of the All India Progressive Women’s Association (AIPWA) led by Meena Tiwari, general secretary, on Saturday took out a protest march on the streets of the state capital demanding resignation of the chief minister.

“We had been saying this for long that such a big sex scandal can’t take place without political patronage. Now that the court has ordered a CBI probe against him, the chief minister must immediately resign,” asked Tiwari.

She said the AIPWA would continue launching agitations across the state until the chief minister resigns.

The RJD led by Lalu Prasad launched even bitter attacks on the chief minister and wondered over his continuation on his post despite court order for a CBI probe.

“The man who would be too eager to seek resignations from others is sitting silently now. When are you resigning now?” asked RJD in its twitter post.