‘Present govt is not yours, dislodge it…Nitish is anti-Dalit,’ Sharad tells Nandan villagers 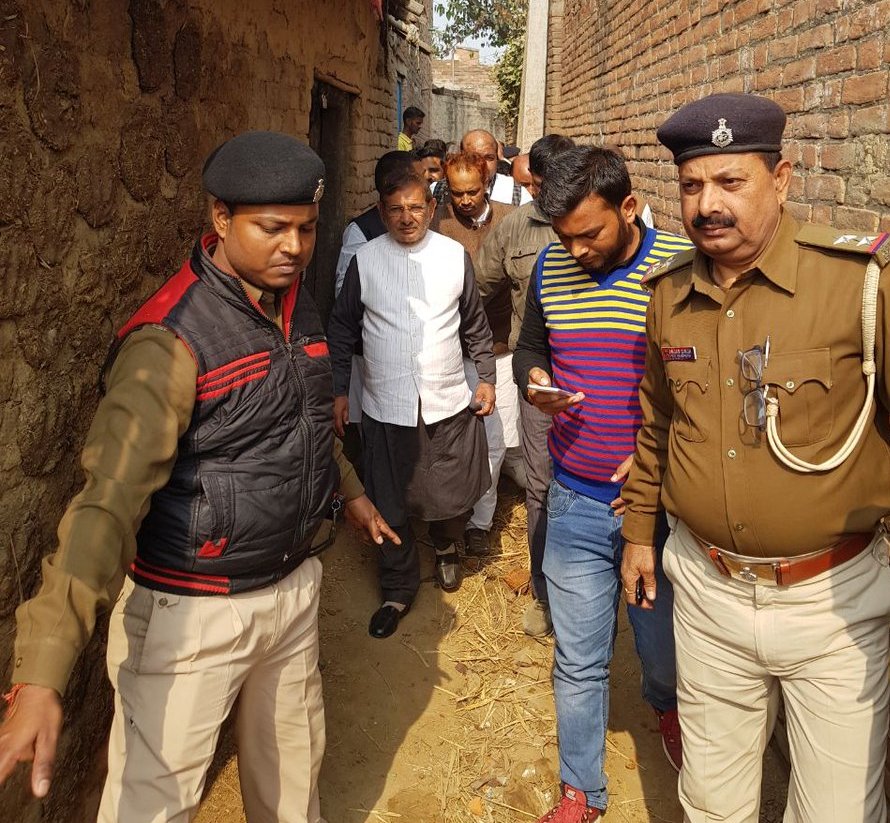 PATNA: Former JDU president Sharad Yadav on Wednesday held a ‘Mahapanchanyat’ at the village in Bihar where chief minister Nitish Kumar was greeted with brickbats earlier this month.

Quite good number of villagers attended meeting of Yadav at Nandan village in Buxur district today.

Addressing the meeting, Yadav launched scathing attacks on the Nitish Kumar-led NDA government and asked the masses to dislodge the government which had grabbed power by ‘thief door’.

“The government running in Bihar is not yours. The mandate was given in favour of Grand Alliance but Nitish Kumar insulted the people’s mandate,” Yadav said.

“Liquor ban is a ‘big flop’, seven-resolve programme a total failure while the sand ban has pushed poor people on the brink of starvation,” he said.

Yadav also mocked the “dalit model” of the chief minister and termed it as a ‘sham’.

“After all what you demanded from the government that it launched a massive crackdown on you?” he asked and said had the chief minister met the Dalits, his convoy would not have been attacked.

“He (Nitish Kumar) doesn’t have any love for you, he loves only the throne,” Yadav mocked.

Today’s meeting had been planned to protest arrest of Dalit villagers by the state administration.

Kumar’s convoy was attacked by a group of villagers while he had gone to hold meeting at the village earlier this month.

The villagers were angry at the neglect of their village by the government while the other villages in the vicinity were being developed, and wanted the chief minister to visit their village and see for himself the neglect.

But as the chief minister’s carcade moved ahead, the angry villagers later attacked his convoy, damaging many cars and wounding some cops, reports said.

Suit vs Jacket: BJP attacks Rahul Gandhi over his ‘jacket’