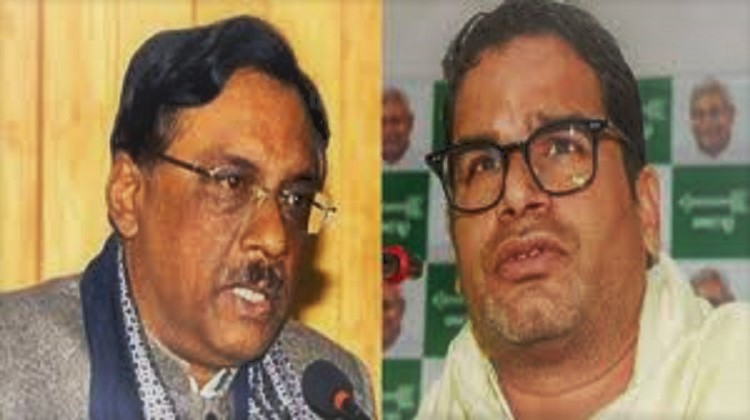 PATNA: The ruling Janata Dal United (JD-U) in Bihar headed by chief minister Nitish Kumar on Wednesday expelled from the party two top party leaders who had been violating the party lines through their statements.

“It appears from their conduct they don’t want to follow party discipline and get themselves free. Both are being freed from all responsibilities and primary membership of the party with immediate effect,” a letter issued by party general secretary KC Tyagi said today. 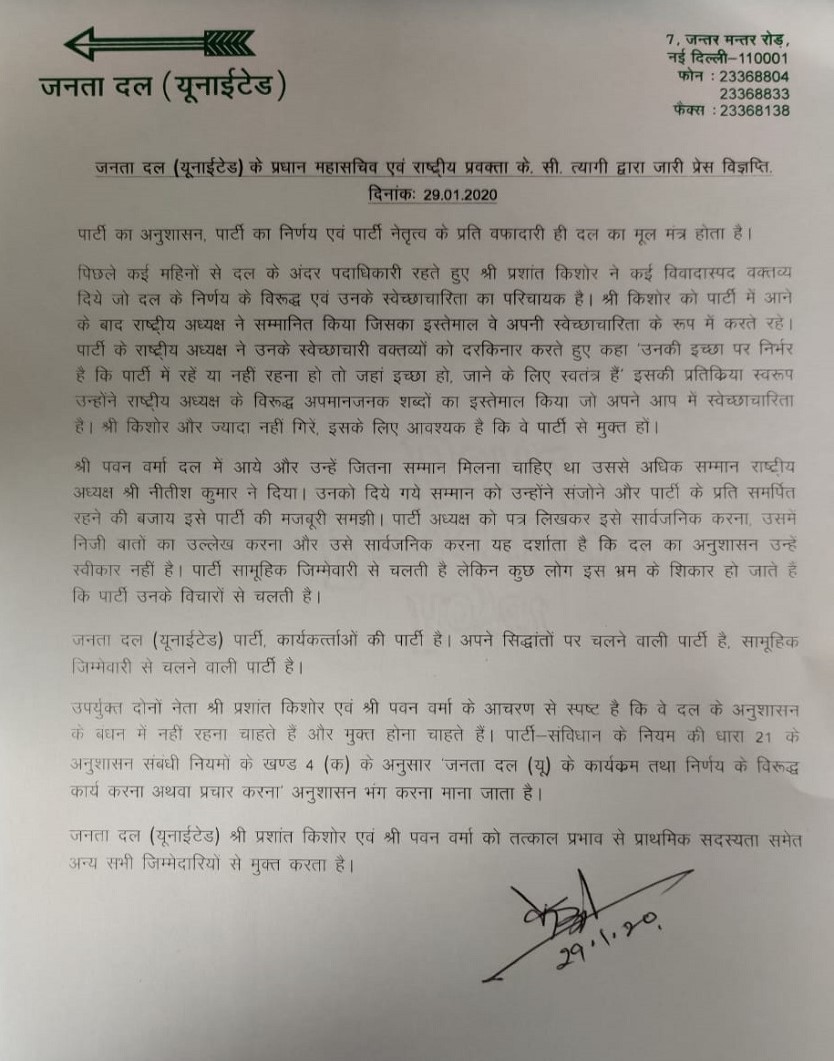 Both the leaders had been constantly speaking against the citizenship amendment act although the JD-U supported it in the parliament. They also had been criticising the NPR and the NRC.

Only yesterday, the chief minister asked them to mend their ways and follow the party discipline but one of them Kishor reacted by terming Nitish Kumar as a “lair”.

PK hits out at Nitish Kumar, calls him ‘liar’ for revealing his BJP connections