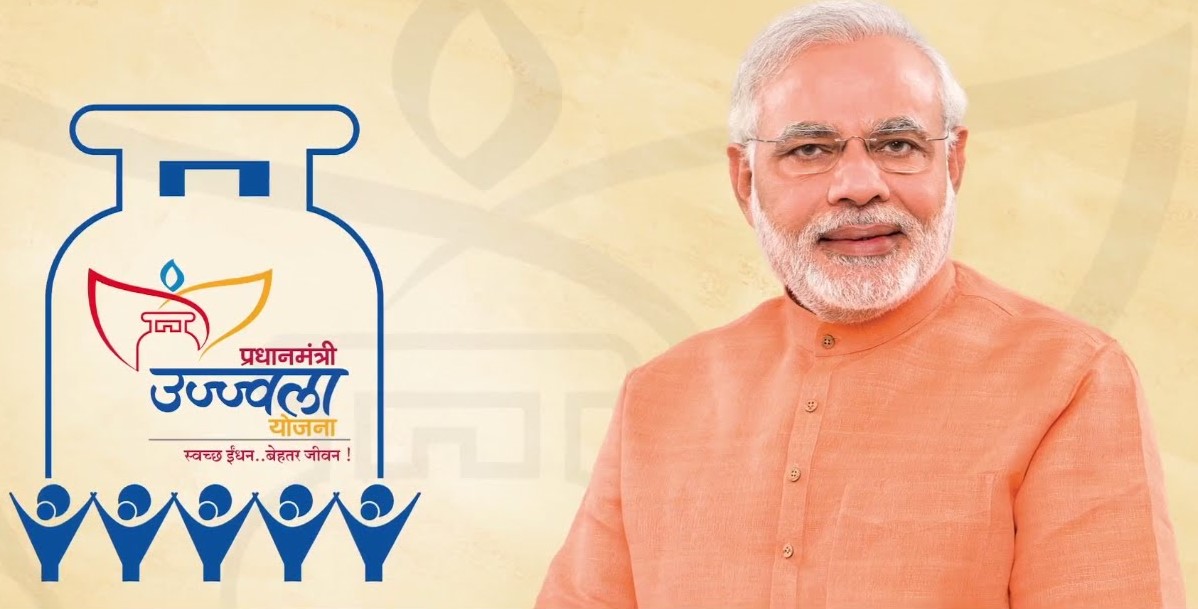 Pradhan Mantri Ujjwala Yojana (PMUY) was launched by Prime Minister Narendra Modi on May 1, 2016 in Ballia, Uttar Pradesh. Subsequently, it was launched in West Bengal, on the eve of Independence Day, on August 14, 2016 at Nazrul Manch in Kolkata. The initiative, in line with the dream of the Prime Minister of creating smoke-less villages across the country, has come as a moment of pride for the women in BPL- households for getting LPG connection as an identity of their own and to lead a smoke-free, less polluted, convenient and healthy life.

In West Bengal there are around 2.3 crore households and 1.06 crore are target beneficiaries which are to be covered in PMUY by 2019. The oil marketing companies (OMCs) have 10 Bottling Plants in the State, with a combined capacity of 990 TMT PA, for the existing LPG customers. In view of the increased need as per the PMUY targets, all OMCs will expand their bottling capacity in coming days to cater to the increased demand for LPG cylinders. Already, more than 6.5lakh applicants’ waiting list is available with the PMCs. The Government has directed them to ensure sufficient inventory of cylinders, regulators and allied equipment.

To carry the scheme forward and implement it on mass level, special Ujjwala Melas for distributing LPG connections to identified beneficiaries under PMUY have been organised at all the LPG distribution outlets between August 15 and August 17, 2016. Under the Government directive, local freedom fighters, ex-servicemen and widows of army martyrs have been invited to attend these melas to mark the 70th Independence Day.

The scheme is aimed at replacing the unclean cooking fuels used in the most underprivileged households with clean and more efficient LPG (Liquefied Petroleum Gas). Ensuring women’s empowerment, especially in rural India, the connections will be issued in the name of women of the BPL households. The identification of eligible BPL families will be made on Social-Economic Caste Census (SECC) data that is being provided by the Union Ministry of Petroleum and Natural Gas. To carry the scheme forward and implement it at the grass root level, District Nodal Officers (DNOs) of the Oil Marketing Companies have been appointed in each and every corner across the country. These officers are the torch bearers for implementation of PMUY.

Union Government has already allocated Rs. 2,000 crore for the financial year 2016-17 for nation-wide implementation of the Ujjwala Yojana. The Government will distribute LPG connections to about 1.5 crore BPL families within the current financial year. A total budgetary allocation of Rs. 8,000 crore has been made by the Government for overall implementation of this scheme over the next three years. The scheme is implemented using the money saved in LPG subsidy through the ‘Give-it-Up’ campaign. This is for the first time that the Ministry of Petroleum and Natural Gas has launched such an enormous scheme. PMUY aims at empowering the women and protect their health by reducing the serious health hazards associated with the cooking based on fossil fuel. The other aims of this scheme are to reduce the number of deaths resulted by the use of unclean cooking fuel and preventing toddlers from acute respiratory illness caused due to indoor air pollution caused by the unclean cooking fuel.

The mandatory documents that are to be attached with the application form include BPL certificate authorised by municipal chairperson or Panchayat Pradhan, BPL Ration card, one photo ID proof such as Voter I-card or Aadhar card and one recent passport size photograph of the applicant.

India is home to more than 24 crore households out of which about 10 crore are still deprived of LPG as cooking fuel and have to rely on firewood, coal, dung cakes etc. as primary source of cooking. After the national launch of PMUY by the Prime Minister, the scheme has also been launched in Uttar Pradesh, Rajasthan and Gujarat in May and in Uttarakhand, Odisha and Bihar during June 2016. Prior to its state-wide launch made in West Bengal last Sunday, the scheme was also started in Madhya Pradesh last month.