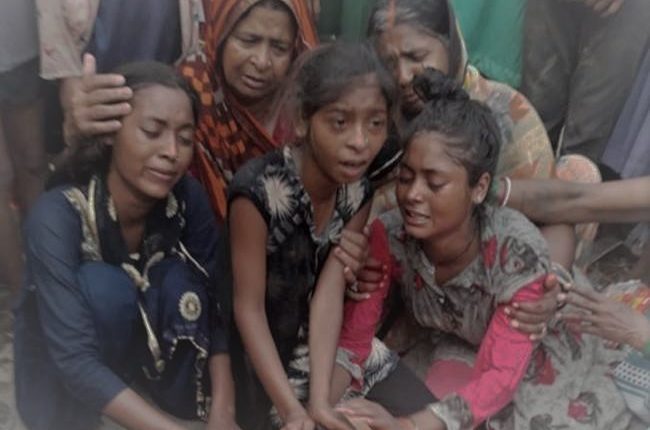 PATNA—Three girls, all sisters, in India’s Bihar state broke their clay-made piggy bank to arrange for money in a bid to buy coffin for their dead mother.

The girls were staying with their mother at Fatehpur-Saraiya village under Manjhi block in Saran district, providing her all support since her father was away.

They father Raj Ballabh Singh Kushwaha had got stuck in Gujarat for the past over two months due to lockdown and was unable to reach home even as his wife was going unwell.

Last week, the condition of girls’ mother deteriorated suddenly after which they took her to a local doctor who administered her some medicines. On Sunday night, she finally died, leaving the girls in a state of shock.

But, another problem that came up next was how to cremate the woman as the poor girls had just no money at home with their father going jobless for the past two months due to lockdown.

Eventually, they broke their piggy bank and got around Rs2,000 from there to buy a coffin for their mother.

They also carried the body to the local cremation site and lighted the funnel pyre to perform her last rites in the absence of their father. The hapless girls have no brother.

The story of the sisters has now become a talk of the town.