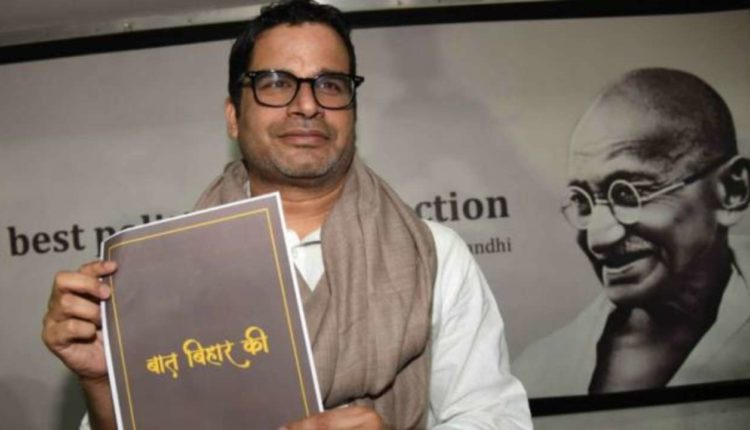 PATNA—Poll strategist Prshant Kishor has been charged with forgery a month after he was expelled from the Janata Dal Untied (JD-U) for his anti-party activities and calling party chief Nitish Kumar a “liar”.

The case has been registered against Kishor with the Patliputra police station in Patna on the complaint of Shashwat Gautam, a resident of Motihari.

The case has been registered under various sections of the IPC such as 420 (cheating and dishonesty) and 406 (punishment for criminal breach of trust).

Gautam alleged Kishor copied his content “Bihar Ki Baat” project and launched similar programme “Baat Bihar Ki” without taking him into confidence. He claims this idea was actually conceptualised by him.

According to him, one Osama worked with him but recently he resigned and handed over his entire content to Kishor.

Gautam, an engineer who also studied management at George Washington University has handed over evidence to the police in support of his claim. He said he had got his website registered in January month whereas Kishor did it in February

Kishor, more popular as PK, has termed these allegations as sheer mischief and cheap attempt to gain fame.

“This is nothing but third rate mischief and poor attempt by a person to gain his 2 mins of fame by making an outlandish claim,” Kishor tweeted urging the law enforcement agencies to investigate the charges.

This is nothing but third rate mischief & poor attempt by a person to gain his 2 mins of fame by making an outlandish claim. Law enforcement agencies should thoroughly and expeditiously examine the matter so that truth comes out in the public domain: @PrashantKishor. https://t.co/B296MAx5eA