Poll result prediction in India not an easy game, so just enjoy the democratic process! 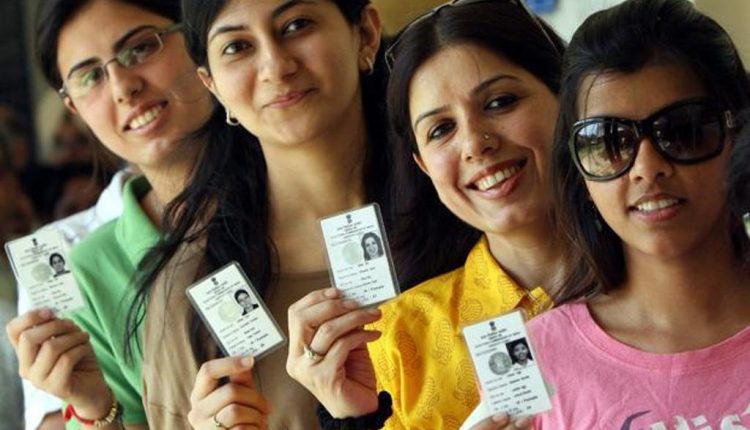 Who is winning – is it Narendra Modi or Rahul Gandhi? NDA or UPA? How many seats for whom? The questions are thrown at you frequently these days. Being a journalist, you are supposed to know the answers, don’t you? Well, you often sigh in exasperation. If only one could read the complex mind of the Indian voter!

The frank answer to all such questions would be, nobody knows. Forget those know-all pundits on television and even those in the business of poll surveys, all prediction about an Indian election is imaginative guess work, nothing more.

Intricate caste and communal equations in most of the 543 Parliamentary seats combined with factors such as incumbency, performance and popularity of MPs, strength of the opposition, the party organisation and of alliance partners and the overall popular perception make every contest a different ball game across the country.

It’s a country where the South votes differently from the North, individual family members have their own preferences and castes within castes often go for different candidates.

It would be instructive to note that as many as 196 seats of the BJP’s total 282 in 2014, came from only seven states. From the same states, the allies of the party won 44. This means, the BJP was not an attractive option in the rest of the states despite a massive Modi wave. Anticipating a shrinkage in tally from these states, it has been trying to gain seats elsewhere, particularly the East and the North-East.

The prediction of the results of the 2019 elections hinges on deciphering two critical factors. One, how much of Prime Minister Modi’s popularity would translate into votes and votes into seats. For this to happen, the popularity factor has to be in good alignment with several other coordinates. These include, organisational strength of the BJP in individual states, the capacity of allies to pull votes, the quality of candidates on offer and, most important, the robustness of the Opposition.

As is evident from several elections beginning with that of 2014, the Modi factor has not been quite effective in states where there’s a strong opposition.

The second one is about the alliances of the opposition parties. Alliances are fine, but does it mean automatic transfer of one party’s votes to the other? Leaders of parties may reach an understanding on seats on the ground but it does not happen always that captive votes of one partner shift to the other easily. The Samajwadi Party-Congress alliance in Uttar Pradesh in 2017 is a case in point. It was clear from the results that the vote transfer did not work out the way the leaders had expected.

In this election, the SP and Mayawati’s BSP have joined hands in the electorally critical Uttar Pradesh. The combined vote share of both comes close to 41 percent, notches ahead of the vote share of the BJP.

If the transfer of votes takes place in individual seats smoothly as expected by the leaders, then the BJP’s seats may fall drastically from the high of 71 in 2014. Similar is the case in other big states such as Bihar and Maharashtra where alliances are in place.

ALSO READ: Was Lalu aware of not getting bail from the court? His own letter says so

The BJP’s alliances in 2014, a brilliant exercise in social engineering, paid off fabulously. This time, the party and a few of its allies have drifted apart. The Opposition appears to have formed strong coalitions but everything will depend on the chemistry of workers on the ground. The expert who can decipher and predict either or both of these factors must be gifted with super human abilities. Journalists by no stretch of imagination are super human.

Here’s an advice to all who would listen: Stop bothering about the seat tally and enjoy the great democratic exercise as it unfolds in mind-boggling ways.

ALSO READ: Battle gets tougher for NDA in Bihar as poll contest turns straight on most seats

Reposted with courtesy from odishabytes.com