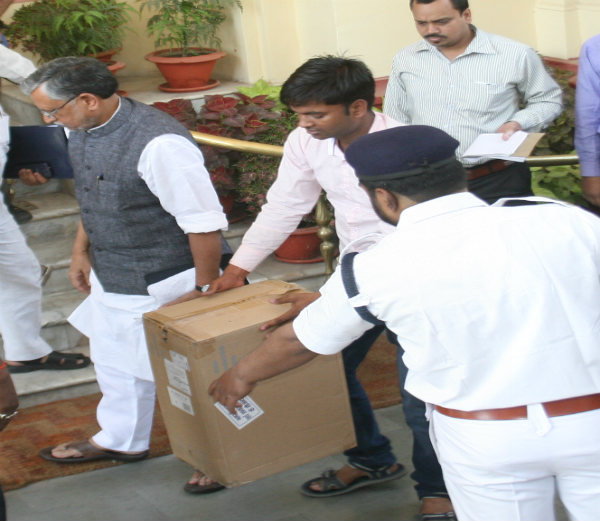 While Modi returned all the seven gifts he took from various departments, Pandey returned only the microwave oven set. Other BJP lawmakers too are planning to return the gifts to express their sympathy with the unpaid teachers who are set to celebrate “colorless” Holi this time.

“My conscience did not allow to keep these gifts with me when lakhs of teachers go without salary for the past several months,” Modi told the media in the Bihar assembly premises today, seeking to end this practice soon.

“There is just no justification in giving gifts to the legislators by various departments as a lot of money is wasted in purchasing them,” Modi said, urging the chief minister to better utilize the funds spent on purchasing such gifts for development purposes.

His successor Tejashwi Prasad Yadav questioned the belated move of Modi to return gifts. “Why did he receive gifts when he was to return them later? Moreover, all the BJP legislators should return them,” asked Tejashwi.

He also took potshots at the way Modi kept silent over the issue all these years. “The practice is quite old and even during the NDA government while the BJP was in power, the legislators were given gifts. Why didn’t he oppose it then?” asked Tejashwi, son of RJD chief Lalu Prasad.

His mother and former chief minister Rabri Devi launched even more devastating attack on the BJP. “If the BJP people feel so hurt at it, why did they take gifts for so long years? They should return all the gifts they took in the past eight years while the BJP was in power, and not a few ones they received recently,” asked Mrs Devi.

Irked at the politicization of the issue, chief minister Nitish Kumar is said to be mulling about doing away with the practice of handing out gifts to the lawmakers in the state. Reports said the chief minister has expressed strong annoyance over the ongoing controversy over gifts in the state.