Politics no longer the ‘last refuge of scoundrels’! 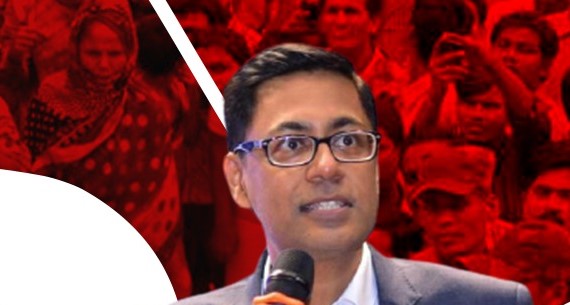 PATNA—Politics, for long, has been described as the “last resort of scoundrels”. For a change, however, a number of good candidates, such as alumnus of Oxford University, professionals, doctors and teachers have joined the poll fray in Bihar this year in their bid to change the “course of state politics”.

Of all, the first name who deserves mention here is an alumnus of Oxford University Manish Barriarr who is contesting elections as an Independent candidate from Bankipre seat is Patna.

“My priority will be to improve education, promote industrialisation and focus on town planning. Patna despite being the capital of Bihar still looks like any other district towns, Barriarr said.

Curiously, he is pitted against Pushpam Priya Choudhary who too is an alumnus of London School of Economics. Pushpam who floated a political outfit nicknamed “Plurals” has already declared herself as the “Bihar CM candidate for 2020”.

Quite like the duo, Anand Pryadeo claims to have quit the lucrative job with the rural development department in Washington DC to join election fray in his home state. Anand is contesting elections on a local party ticket from Govindpur assembly seat in Nawada district.

Another such person in the fray is Dr Ambika Prasad Singh who is a doctor by profession. A famous surgeon, Dr Singh has filed nominations as an Independent candidate from Khajauli seat in Madhubani district.

Another medical professional Dr Vipin Singh has quit his job to contest elections from Chhatapur seat in Supaul district. Dr Singh who is contesting on RJD ticket was posted as medical official at the primary health centre at Narpatganj block in Araria district.

Dr Rameshwar Singh, another prominent surgeon, is contesting elections from Siwan seat on Plurals ticket. “I have provided medical helps to the people for long. Now, I want to serve the society where I grew up,” Singh said.

Similarly, national shooter Shreyasi Singh, daughter of former union minister late Digvijay Singh, has also jumped into the election arena from Jamui seat. She has been fielded by the BJP.

Yet another man Manohar Prakash Chaudhary has quit the job with Tata to try his luck as an Independent candidate from Phulwarisharif assembly seat in Patna.