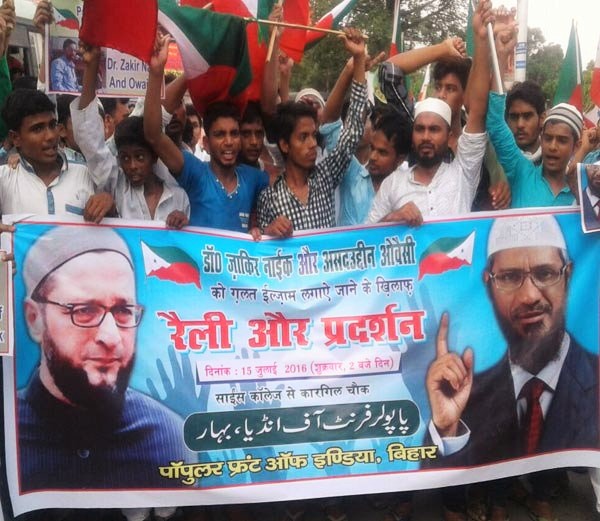 PATNA: Police have registered a case against the Muslim processionists after they were allegedly heard shouting full-throated slogans in favor of Pakistan during a procession taken out in Patna on Friday.

The procession had been taken out under the banner of “Popular Front of India” to lend its support to controversial Islamic preacher Zakir Naik and AIMIM leader Asaduddin Owaisi.

In the meantime, some people who happened to pass the areas made a video of the slogan-shouting youths and uploaded on the social media. The video soon went viral, prompting the authorities to act.

“We are identifying the people shouting slogans in favour of Pakistan. Strong action will be taken against people indulging in such acts,” zonal inspector general of police Nair Hasnain Khan told the media today.

He added the police had formed a special team and raids were on to nab the accused persons.

The BJP attacked chief minister Nitish Kumar for this incident, describing it as a failure of the state government.

“This is a danger signal for the nation. The anti-national forces are openly raising anti-India slogans but the chief minister is silent over the issue,” senior BJP leader Nand Kishore Yadav said.