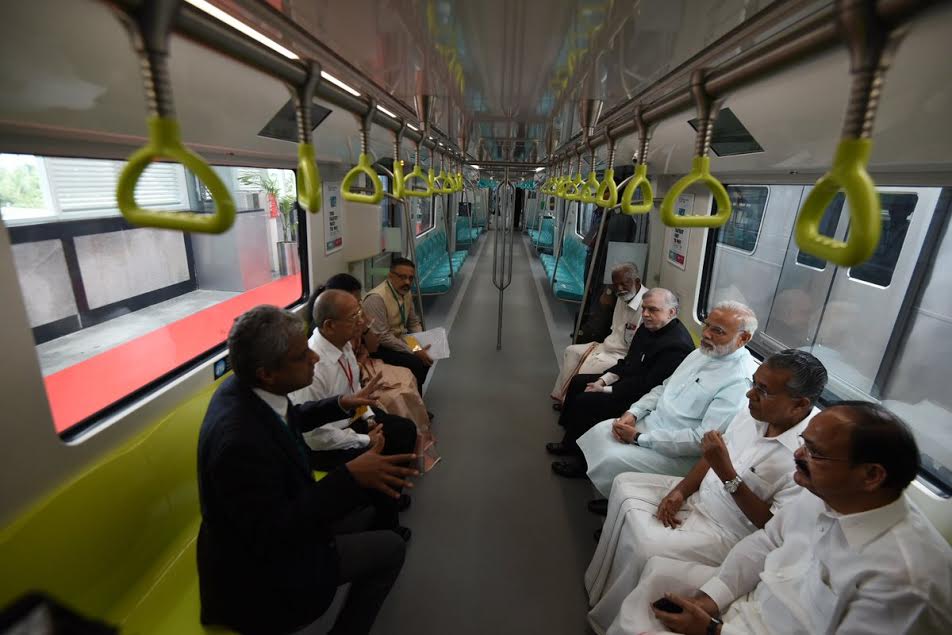 Kochi: Prime Minister Narendra Modi on Saturday unveiled the commemorative flag to inaugurate Kochi Metro and said the transport medium will add to the economy of the city.

“I am happy to be part of the inauguration ceremony of Kochi Metro. I congratulate the people of Kochi on this proud moment,” the PM said.

He said: “Kochi, the queen of the Arabian Sea, is an important spice trading centre. Today it is known as the commercial capital of Kerala. Kochi ranks first in the total number of international and domestic tourist arrivals in Kerala. Hence it is fitting that Kochi should have a Metro rail facility.”

Modi said: “KochiMetro will contribute to the city’s economic growth.”

He said the Metro reflects his government’s “Make in India” vision.

“The coaches reflect the “Make in India” vision. They have been built by Alstom of France, at their factory near Chennai, and have an Indian component of around seventy percent,” Modi said.

Kochi Metro Rail Limited is a 50-50 Joint Venture of Indian government and Government of Kerala.

Modi said his government, which completed three years in office recently, has placed special focus on overall infrastructure development of the nation.

Modi also participated in the metro ride and shared the pictures on his Twitter page.

India not a safe place for journalists?