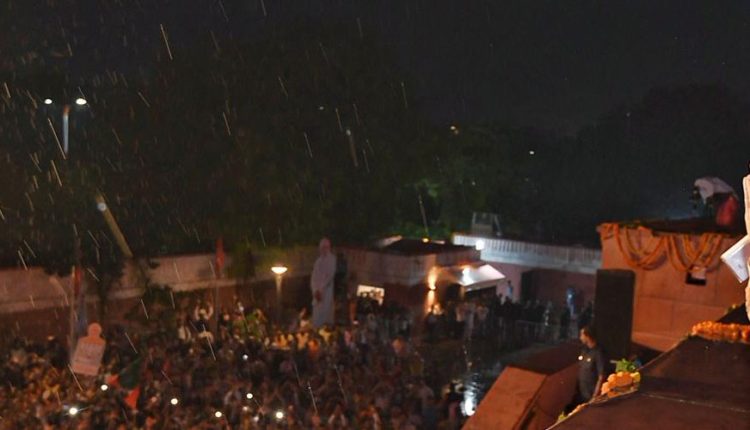 NEW DELHI: Prime Minister Narendra Modi on Wednesday announced in parliament the setting up of a trust to oversee the construction of a Ram Temple in Ayodhya, as ordered by the Supreme Court.

“On the basis of the SC direction, my Government has today given approval to the proposal for creation of ‘Shri Ram Janma Bhoomi Tirtha Kshetra’ trust. The Trust will be free to take all decisions regarding creation of a magnificent Ram Temple in Ayodhya , the PM said.

The PM said on the directions of the Supreme  Court, the Government requested the UP Government to allocate 5 Acres of Land to the Sunni Waqf board, and the State Government acceded to the request.

We all know the historical and spiritual significance that is attached to Lord Ram and Ayodhya, in the Indian ethos, spirit, ideals and culture.

“Keeping in mind the construction of the magnificent Ram Temple and the spirit of the devotees who would come to pay obeisance to Ram Lalla in future, the Government has taken another important decision. It has decided that whole of the approx 67.703 acre of acquired land will be transferred to thus created Sri Ram Janma Bhoomi Tirtha Kshetra trust”, PM added.

PM applauds the character shown by the people of India

Prime Minister further praised the maturity shown by the country in maintaining peace and harmony following the Supreme Court’s decision on the Ayodhya issue.

He reiterated the same in a separate tweet where he said, “the people of India displayed remarkable faith in democratic processes and procedures. I salute the 130 crore people of India”

All communities living in India are members of one big family

The PM stated that “we are all members of one family. This is the ethos of India. We want every Indian to be happy and healthy. Guided by ‘Sabka Saath, Sabka Vikas, Sabka Vishwas’ we are working for the welfare of every Indian”.

“Together, let us all work in the direction of building a grand Ram Mandir”, PM added.