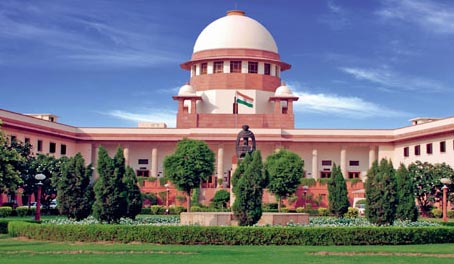 New Delhi: A BJP leader has filed a PIL in the Supreme Court, seeking minority status for the community in eight states where its population has fallen, media reports said.

The PIL filed by Delhi BJP leader and lawyer Ashwini Kumar Upadhyay states that minority rights are being siphoned off “illegally and arbitrarily” to the majority population in these states in the absence of any Government notification declaring  Hindus as a ‘minority’ under the National Commission of Minorities Act, 1992.

“Christians are in majority in Mizoram, Meghalaya and Nagaland and there is significant population in Arunachal Pradesh, Goa, Kerala, Manipur, Tamil Nadu and West Bengal but they are treated as minority. Likewise, the Sikhs are in majority in Punjab and there is significant population in Delhi, Chandigarh and Haryana, but they are also treated as minority,” the petition read.

It contended that the Hindus were being treated as majority in these states despite being in minority and were illegally being deprived of benefits meant for minority communities.

The petitioner has demanded that the court issue an order to save the rights of the Hindus in these states and declare them minorities.