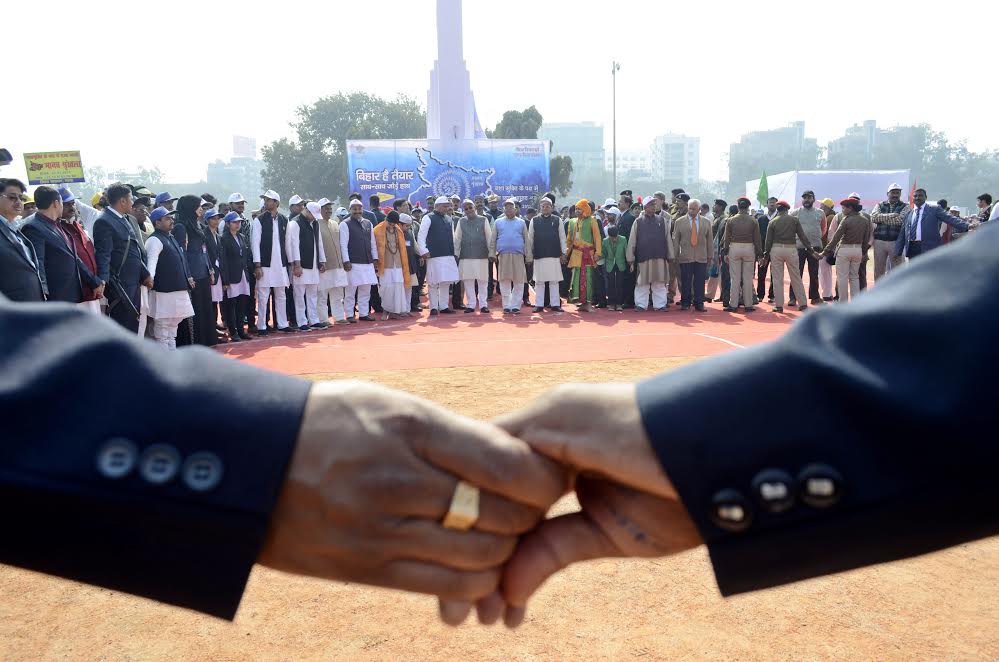 PATNA: Bihar chief minister Nitish Kumar has claimed more than 30 million people participated in today’s human chain programme against alcoholism which he said underlines the massive support of the campaign. .

He said the state government had estimated the participation of 20 million people in the event but 10 million more people joined the campaign.

“The enthusiastic people formed human chains in even those routes which were not demarcated for them and at many places, they formed double lines. This reflects the huge support of masses for the anti-liquor campaign,” he said.

Such was the support that the total length of the human chain extended to 11,400 km.

He described the huge participation of the masses as a rare  event. “According to 2011 census, the total population of Bihar is 103.6 million. Of them, 30 million people joined the human chain which indeed is a historic event,” he said.

He said when he imposed alcohol ban, some people made a mocked the effort but now they are supporting them.