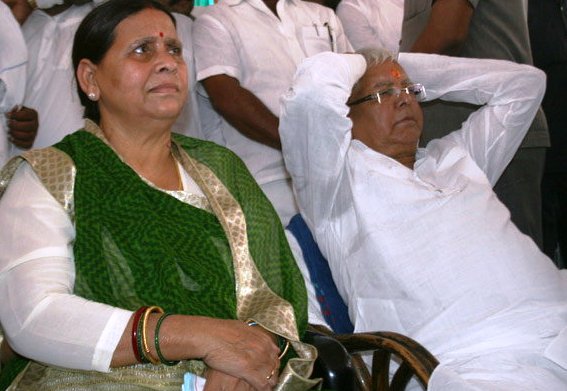 PATNA: Former Bihar chief minister Rabri Devi today hit out at the media after the latter sought her comments over the arrest of a senior IAS officer Sudhir Kumar in the recruitment test paper leak scandal.

“Media-walon ko current lag gaya hai kya (Has the media got an electric shock)?” she reacted angrily when asked for her comment over the arrest of the officer who held the post of the chairman of the Bihar Staff Selection Commission.

As such, the media people had chased the former chief minister to know her opinion about the strong resentment being displayed by the IAS officers over the arrest of BSSC chairman.

Curiously, her husband Prasad has already come out in open support of the arrested IAS officer, describing him as an “honest” officer.

“Sudhir Kumar is an honest and upright officer. He has been implicated under a conspiracy,” Prasad has was quoted as saying in a local media on Sunday, the second time since the officer was arrested.

Former chief minister Jitan Ram Manjhi has alleged the Dalit officials were being victimized in the NItish Kumar government.