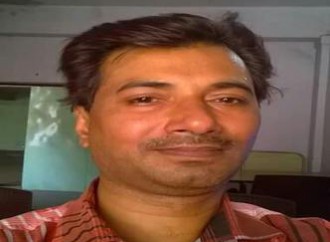 PATNA: A fact-finding committee report of the Press Council of India (PCI), a statutory body in the country that governs the conduct of the print media, has said the Bihar-based journalist Rajdeo Ranjan may have been killed by the “political mafias” for his critical reporting.

Ranjan, the Siwan district bureau chief of prominent Hindi daily Hindustan, was shot dead by some motorcycle-borne criminals in May this year on way his home.

“The finding inter-alia suggested that Raj Deo Ranjan was killed by the political mafia because of his critical reportage,” reported PTI today quoting a statement from the PCI.

The PCI has also sought suitable compensation for the families of the deceased and urged the respective state governments to take the corrective measure to ward off the “fear psychosis prevailing in the media, the PTI report added.

The fact-finding team submitted the report to the PCI last week, reports said.

As regards the killing of another journalist in Jharkhand, the PCI report reportedly said the victim might have been killed due to levy demand by the demand by the Maoist group, and not due to professional activities.

The PCI has also voiced concern over increasing defamation cases against the media people in the country.