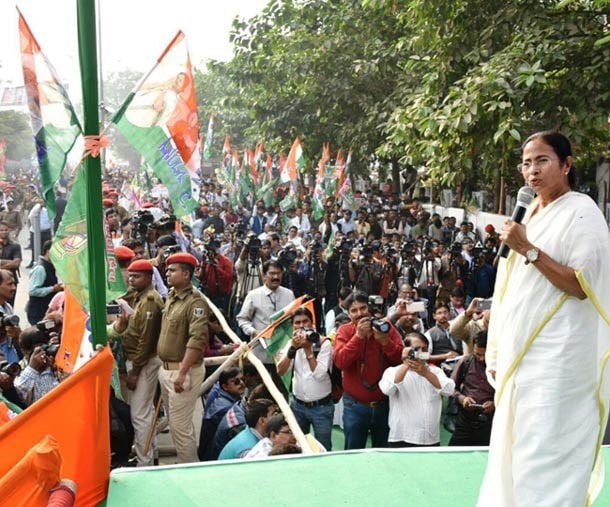 Addressing the dharna, she launched blistering attack on the PM for letting the common men in deep trouble through his demonetization drive.

He described the PM as the “Big Boss” of Big Bazar who has imposed “super emergency” upon the country.

“India got independence after much struggle but that freedom has now been snatched away by the Prime Minister,” she alleged.

“The common men have been robbed off ‘roti, kapada and makan’…they have been left in peril,” she alleged.

In a significant development, Lalu Prasad’s RJD lent its support to Mamata’s protest programme in Patna even as JD-U of chief minister Nitish Kumar stayed away from the protest.

The JD-U even did not participate in the nation-wide shutdown called by the opposition on Monday, describing “currency ban” as a big step which, it claimed, will help curb black money.