By Madhulata Chaurasia Last updated May 8, 2019 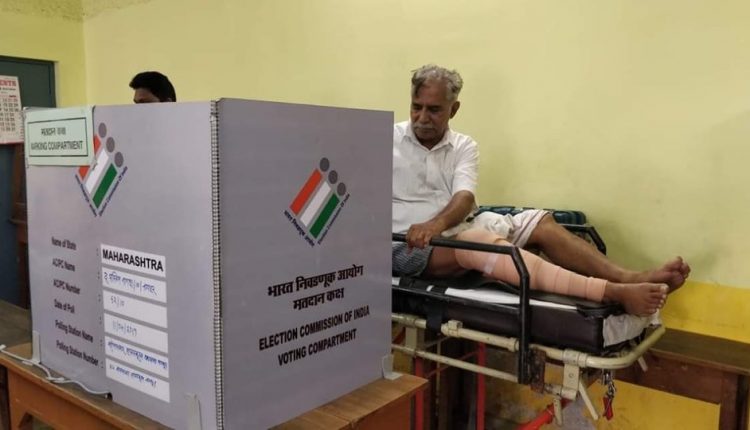 A man with fractured leg reaching a polling station on stretcher to cast his vote in Maharashtra. IMAGE COURTESY: REDDIT.COM
247
Share

A prominent hospital in Patna has come out with a lovely plan to carry the patients to the polling booths to let them cast their votes.

The idea is aimed at increasing polling percentage by encouraging general voters rush to the polling booths showing similar enthusiasm and cast their precious votes.

Paras HMRI which is located in Raza Bazar locality of Patna, the capital of Bihar state, said it has planned to carry the patients admitted to the hospital at the polling booths in ambulances under the proper care of doctors, nurses and para-medical staffs.

The hospital authorizes said the patients would be brought back to the hospital once they had cast their votes and has appealed to the local administration to create a “green corridor” for carrying patients to the polling booths without harming their lives.

Officials said the patients would be allowed to go out only when they and their attendants have submitted consent letter to the hospital administration.

“When Indian citizens settled in foreign countries can reach home to cast their votes, why can’t the patients rush to the polling booths in the nighbourhood?” asked Dr Shankar Narang, Chief Executive Officer of Paras Health care.

The Patna district magistrate has praised the initiative of this hospital and asked other such hospitals to show similar enthusiasm.

“This is a wonderful initiative. Other hospitals must also do the same,” said Kumar Ravi, district electoral officer-cum-district magistrate.